The prosperous, and digitally advanced, Scandinavian country is often used as a test market for global advertisers and agencies.

The data comes from advertising platform Adform, via a new bidding programme called First Party Now, which lets advertisers and publishers run campaigns under the conditions of the cookieless future.

The results from the campaign indicate that over the past three months, for the first time in a test market, more first-party ID impressions were recorded than third-party cookie impressions, in terms of media spend. 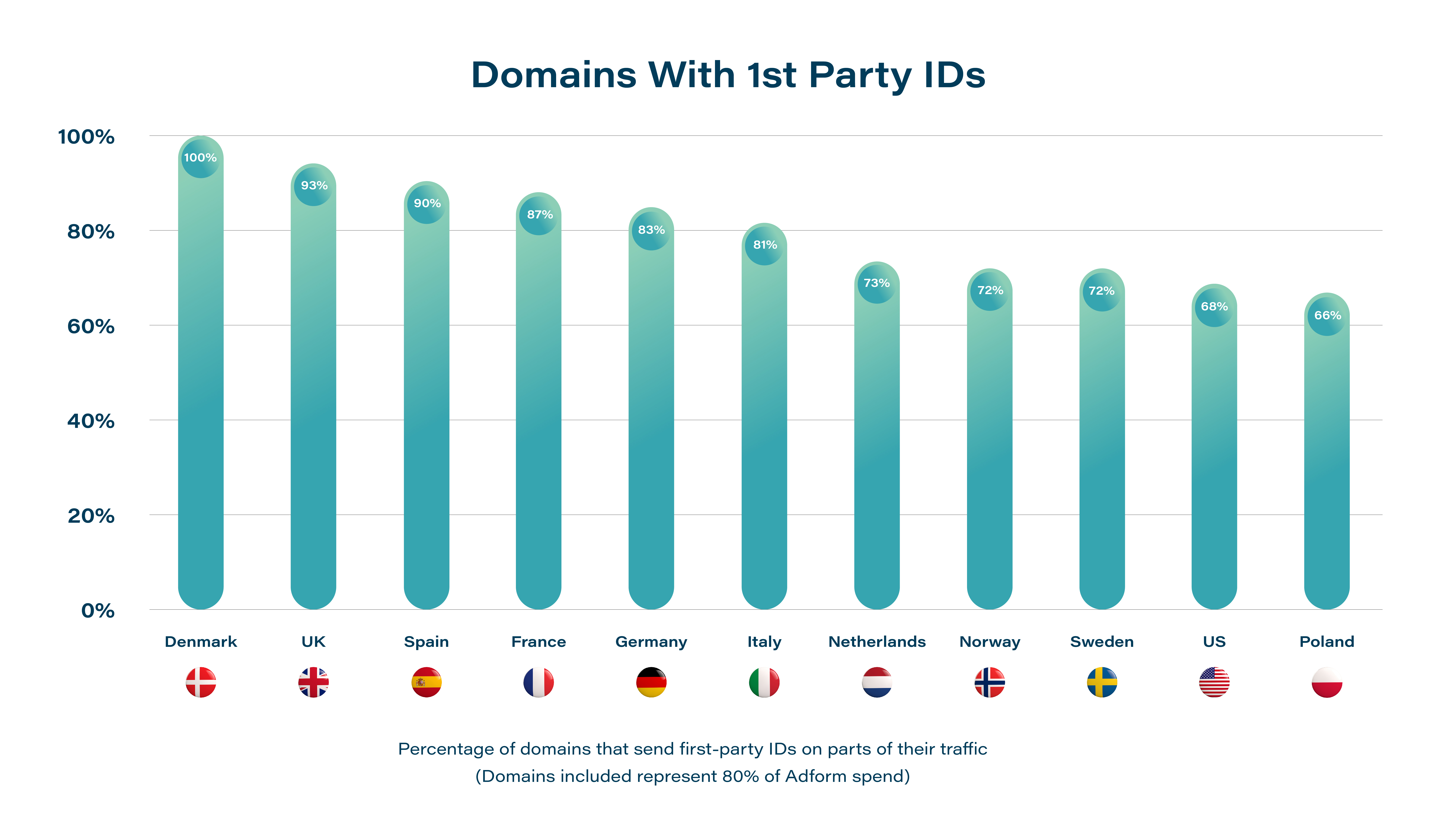 Percentages are based on Adform’s largest domains that represent 80% of total ad spend.

While Adform’s latest results strongly indicate that, by 2022, there will be a significantly higher ratio of first-party IDs to third-party party cookies, there’s an urgency for CMOs to help accelerate this change, which is supported by leading global agencies.

These test runs are helping marketing managers, who are under increasing pressure, to prepare their teams and future-proof the value chain.

In several markets, including the UK, Germany, Norway and Denmark, advertisers have not only gathered important insights around the use of first-party IDs, but seen improved results in cookieless environments such as on Safari, according to the data.

Advertisers and publishers continue to work towards the industry’s cookie-free future, despite Google Chrome’s decision to delay the elimination of third-party cookies.

Jakob Bak, Adform’s Co-Founder, says, “The truth is that many global brands are not doing enough – or in some cases, anything – to prepare for life without third-party cookies. Publishers have proved to be ready, now we need to get the brands on board too – which is why it’s so important to launch these pioneering trials.”

A cookie-less future is possible

The results show a future without third-party cookies is possible, but the buy side still need to drive adoption of first-party IDs. Already, in many markets, cookie-free browsers account for nearly 50 percent of traffic. It’s therefore clear that the switch will have a significant impact on publisher revenue and campaign performance in any case.

Bak continues: “The previous 2022 Chrome deadline triggered the transition to first-party IDs and increased the availability of first-party data, but the focus has now shifted back to winning on Safari and Mozilla, as well as other cookieless environments like In-App, CTV and Audio. Fortunately, the required technology and adoption of this by publishers has progressed far enough for large scale campaign executions.”

What the advertisers are saying

Richard Kanolik, Programmatic Lead at Vodafone UK, comments: “It’s fundamental that, as a brand, we accumulate insights about what specific impact the loss of third-party cookies will have on our advertising ecosystem. [The Adform programme] will kickstart our readiness for 2023, and demonstrate to the industry that we can still achieve great results, by using first-party IDs.”

Emma Narving Vendala, Marketing Manager Nordics at AMEX, says: “With the imminent cookie-less future, we at Amex Nordics are excited to be part of the First-Party NOW programme as a first step in the right direction to stay ahead in our performance tracking post the change.”

Danny Hopwood, Global SVP, Head of Global Paid Media at Omnicom Media Group, comments: “We are participating on a couple of key accounts and markets. We selected those based on which (markets) are the furthest ahead in terms of adoption and capabilities and look forward to gathering crucial results and insights into the trial campaigns.”