In the years preceding the pandemic, there was an explosion of brands moving their marketing in-house. High profile examples like Prudential and J Crew saw brands take both their creative and performance-led activities out of agency hands and into internal departments.

But complexity (and COVID) reversed this trend. Brands that once insisted they just wanted the software and not the service, started to miss the expertise and outside knowledge an agency could offer them.

Against this backdrop, US-based Kepler Group heeded the warning: brands were rejecting a return to the traditional siloed agency model and they wanted something more holistic. So the digital marketing agency bought indie programmatic media company Infectious Media, to offer a full service package of digital innovation, transformation and performance media.

With the acquisition completed, Martin Kelly sat down with Performance Marketing World to talk about the balance of power between brands and agencies, bridging the skills gap and a brave new world of first-party data. 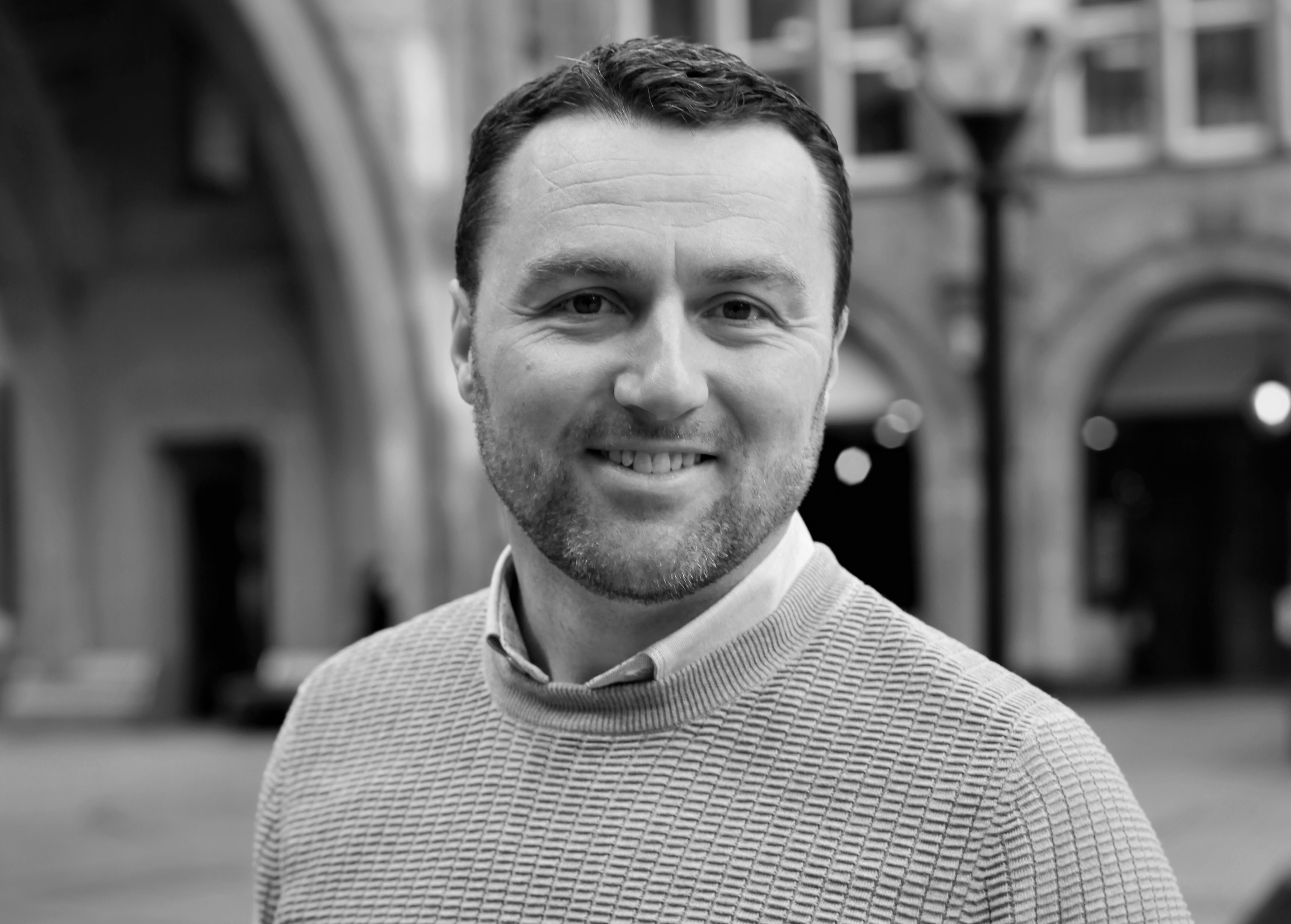 We’ve seen brands move away from the in-housing trend and seek out agency expertise once more. Has the relationship between the two changed post-pandemic?

That's one of the biggest topics at the moment. What we're focused on is a sort of ‘hybridisation’ of the model. On the performance side, you're seeing brands still looking for in-house elements; which is the right thing to do. But it's a more measured approach now.

The original approach all sounded so simple. You get a contract with a DSP and you hire a trader, and then the world's your oyster. I think lots of brands realise that wasn't the panacea it was meant to be.  What we've seen now is a second wave where smarter brands break down the way they operate. A lot of brands that went in-house need things like flexible support, when they've got a busy schedule or they need to stay ahead of the curve, because those in-house teams become stale very quickly.

Alternatively, they're finding that it's not part of their core business. So they need the competence out of house, but they're more comfortable with that decision now. I think more people are coming at it from a more measured way and it’s no longer a black-or-white choice between outsourced or in-house.

Has the in-housing experience given brands the knowledge to ‘know what they don’t know’ and ask more from their agencies?

Yes, that's true. The pandemic has diminished that traditional way of thinking. Traditionally, large brands placed the digital team so far down the hierarchy that there was never enough understanding at the senior level around technology and data.

With pure plays (and digital businesses) that knowledge sits at a high level. The rise of e-commerce from a locked-down audience accelerated this shift within the more traditional brands. Suddenly the people with the knowledge have been fast-tracked through the business. So even the most traditional brands are pushing their digital talent through the ranks quicker because it's become, to a degree, existential.

"Brands need the competence out of house, but they're more comfortable with that decision now."

Brands are asking agencies to play a broader role now. It’s not just about buying some performance media for them on social and search and display, it's about the processes. Agencies are advising brands on their organisation structure, helping them change their processes, introducing new workflow technologies. Agencies are becoming much more integrated into their team.

You’ve mentioned a clutch of businesses there. And I think we very much fit into that mould of a player who is part consultant, part media buyer. We have a number of clients where we don't do any media buying for them. Instead we can provide services to them around adtech and consultancy, training and best practices, or just helping businesses understand their best set-up. 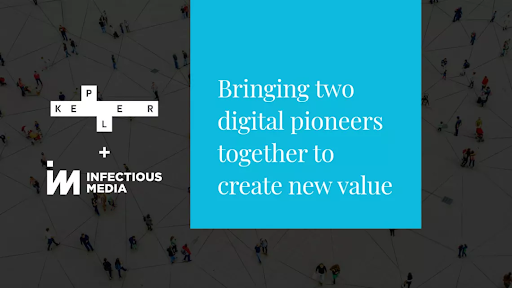 A transparent FTE hours based consultancy model, as opposed to the old agency commission model, allows your clients to pick and choose the services they need from you.  The pandemic accelerated that model on the global stage. Now we have a footprint in the US with 600 people, along with the UK, Latin America, Singapore and Costa Rica. We can match the clients that have that footprint, with consistency on a regional or global level, one service on the same data and technology set up. Previously you needed a holding company because you needed hundreds of offices across different countries.

Talking about global reach, are you finding the demand for media buying versus more bespoke consultancy services varies from region to region?

We certainly see that with the in-housing trend, where it seems it seems more pronounced in Europe. The UK seems extremely focused on in-housing whereas in less developed advertising regions they are still more reliant on their agencies to provide that full wraparound service. But largely, the direction of travel is similar.

We're working with a more consolidated supply side than now the world has ever seen. You've got 50- 58% of ad spend in digital, and within about 60% of it goes to Google, Facebook, Amazon, along with the rise to Chinese platforms.  So having those relationships with the major walled gardens across regions is incredibly important to differentiate Kepler and to do good work for clients.

How are you finding recruitment in the sector at the moment? Is the skills gap widening?

It's a very hot sector at the moment. And recruitment is probably the number one issue that most people have. I think we have 150 roles open, globally, that are hard to fill.  We often forget the performance marketing sector is still relatively young. It will always be a challenge to find experienced people in an industry that is only 20 years old, and even more so in its current format, which is only six or seven years old.

As you see the traditional media industry contracting, people don't have the skills necessary to transfer over to the digital space, because they haven’t grown up from within it. In our own academy, we have six trainers now and 35 courses, to bring people through and create the skills that we need within the company.

"It will always be a challenge to find experienced people in an industry that is only 20 years old, and even more so in its current format, which is only six or seven years old."

We are very focused on data, technology and analytical skills and that’s changing how we recruit. So, we're increasingly bumping up against other sectors, like those recruiting from finance and consultancies.

Has there been a rise in salaries offered for performance marketing roles to meet this skills gap?

There is a talent shortage. The industry has grown outsized through the pandemic, and that's causing a problem. As digital and e-commerce has grown, suddenly there are people in roles that would previously have been relatively junior in the hierarchy now being presented to the board as shining stars. They’ve never had this kind of exposure before. It's been very interesting to see this from the outside, how this demand for skills, currently sitting at the mid-level, now needs to be translated to the boardroom.

Where do you see performance marketing agencies moving into in the next five years?

Probably the hottest topic at the moment in the industry is measurement. The cookie is dying. It was abused, frankly, and privacy was abused. GDPR was the start of that change. And from seeming very draconian at the start, it's becoming ubiquitous globally, so we're entering more of a privacy-first era. Which is great for brands that have first-party data and connect with their customers, because they can use them.

Everything that was based on that infrastructure is wilting too. So personalised advertising in the form that we knew is dying. Match rate to cookies is dying. Measurement that was based on cookies is also dying. The industry is at an inflection point, and everyone knows that, but there is no clear path forward into what's actually going to happen.

"The cookie is dying... and everything that was based on that infrastructure is wilting too."

So it's not like you can plan for a future you can see in front of you. We're at the behest of some big tech players and their decisions. The decision Apple makes with iOS and Facebook IDs pushing back have huge implications across the performance marketing industry. The chrome deprecation of cookies being put back by two years was a huge stay of execution, but the change is still coming.

But yet, we're still in a place where structural changes to the industry are happening regularly. We're not in a settled environment. TV trading has been the same for 50 years, whereas we're still going through these huge structural changes every couple of years, or even quicker. You can build an infrastructure, processes and people and teams around a certain way of doing things. And in one day that could just be gone.

That's why in-housing is coming full circle. As a brand, you can buy an expensive piece of attribution technology, and then build a team to run that. But then, three months later, you realise it's defunct; what do you do with that team? How do you train them again?

Agencies and third parties are hedging those bets for you.  And the fear environment isn't settling down in the near future.  New challenges and platforms are emerging all the time, from privacy to new social media such as TikTok. Meanwhile, the ways of measurement the industry has built and relied upon are becoming more and more inaccurate. That's why we need to be fast, we need internal training and above all, we need to be agile.

Martin Kelly is the UK and APAC CEO at Kepler