Bango was an early investor in mobile payment technologies, and today allows users to buy products and services via carrier billing, digital wallets and subscription bundling.

Having launched in 1999, the UK headquartered business is by no means new, but more recently it spotted a new idea in the reams of data that underpinned its global operations.

Now, Bango is using that idea to not only deliver a different proposition for online targeting linked to purchase behaviour, but to open up a wider conversation about the status quo.

“We initially became very interested in how we can use our payment data for our game developer customers,” Bango co-founder and CMO Anil Malhotra tells Performance Marketing World.

“King.com mentioned at the end of a conversation with us that they were doing particularly well in Canada. We gave this some thought and realised this corresponded with our launch of our carrier billing for Google six months earlier, which meant people were buying games such as Candy Crush and having the payment added to their phone bills.”

For Malhotra and his team, this was something of a eureka moment, and a link had been made: Bango’s customers - largely app developers and app stores - wanted to use payment data to find out more about the people who were downloading their content. The question was, how useful could this be?

“Insights about payments are really, really useful,”  Malhotra says. “Our customers wanted to know where people spend money, and who has the ability and propensity to spend. And when you know this, you can almost ignore other implicit targeting data points. What people spend their money on, really, we thought, is the most meaningful thing. Payment data is about what people were actually interested in.”

Social profiling won’t link a farmer from rural Wisconsin with an urbanite from Brooklyn, says Malhotra. But if they both buy the same thing, then there is a link between these two individuals.

“We don’t care about your age, your sexuality, your religious preferences, how you vote. It’s just about how you choose to spend your money.”

A fun marketing stunt with a serious message

Today, Bango uses this purchase activity to create marketing segments, using the growing mountain of mobile payments data to find patterns for app developers. Merchants use these audiences to target their marketing at paying customers based on their purchase behaviour.

It has also led the business to research how payment data compares with other forms of targeting data, a question that recently culminated in ‘The worst campaign in the world’, a piece of serious research and tongue-in-cheek PR which argues pay-per-click campaigns were worryingly inefficient. 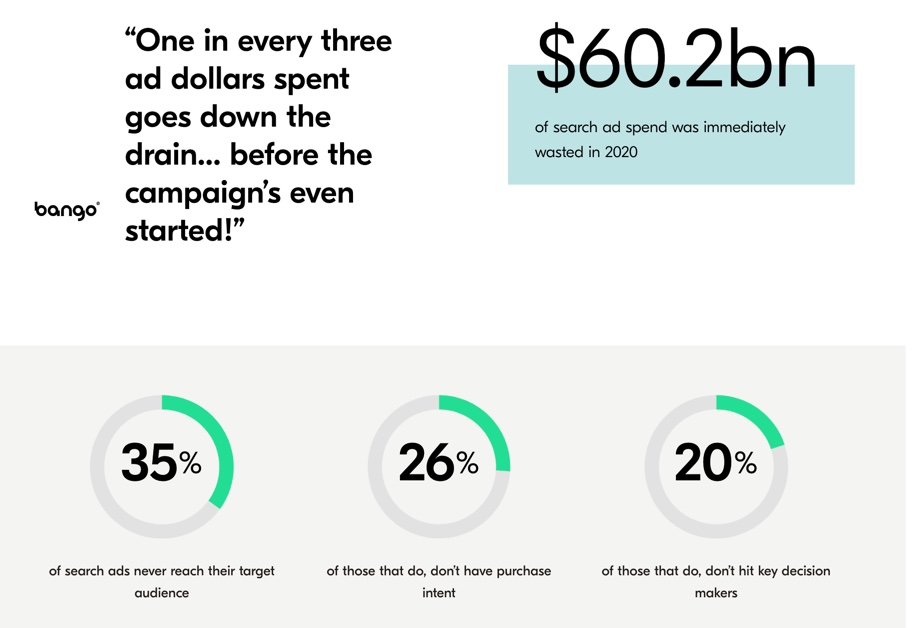 “We purchased 65,000 search ad impressions, and our data shows that 35 percent of search ads never reach the audience,” Malhotra says. “For those that did, more than a quarter still failed to reach anyone in the market to buy. These are warning signs, clearly, that the targeting is not working.”

In spite of this, search advertising receives the largest share of digital marketing budgets globally.

“Targeting based on people's purchasing behaviour is very informative; it’s a strong indicator of what someone is interested in, whereas search or social are much softer indicators, as is demographic data.”

To make his point, Malhotra purchased the worst performing outdoor billboard in the UK, with the message that it was still better targeted than most search ads.

““Do the maths, and $60 billion a year of advertising has been put in front of people who are never going to be your customer,” he says.

Of course, ‘wastage’ has always been a point of contention in advertising, but the innate measurability of performance advertising was supposed to change this.

Key takeaways from the research:

“The whole point of digital consumers being connected online was that we could be more accurate, not less,” Malhotra says.

This led Bango to question other aspects of performance advertising, specifically the link to return on investment.

“There is a sense that so long as people get a return, they will pay for the wastage,” Malhotra says. “But there’s a mystery about performance marketing here; how do you really know you’re getting a return?”

Bango conducted further research, this time asking 200 US and UK CEOs - subjectively - if they thought digital marketing was living up to their expectations. 77 percent said it was not.

Connecting with the C-suite

“So we have to ask: is there something about digital marketing that is being overhyped, or over claimed? We need to at least have a conversation about this. The fact we have this mythical engagement, how does that translate into things that matter to businesses and the things businesses measure?

Perhaps, Malhotra says, there is still a disconnect between marketing and the rest of the boardroom. It’s been noted elsewhere that performance marketing works better when marketers “speak the language” of the C-suite, with Vitality sales boss recently urging marketers to demonstrate ROI beyond the usual measures to win support.

Yet Bango’s research reveals that 59 percent of CEOs do not believe social media can generate sales, while 62 percent believe too much marketing budget is wasted on activities that don’t deliver meaningful results.

60 percent of CEOs also think that the marketing potential of social media has been exaggerated.

This leads Malhotra to argue that marketers need to acknowledge a problem with ‘vanity’ metrics such as shares, retweets and likes, as well as impressions and engagement levels.

Although Malhotra recognises that both pieces of research would need to be much larger in scale to reveal the true nature of the problem, he believes it offers enough to at least sound a warning alarm to check the status quo.

“I think there’s been quite a lot of laziness in the [marketing] business in the past, but we’re now at something of a crossroads,” he says.

“Other parts of a business are measured differently and with set criteria; sales is clearly measured, financial performance is measured, customer service is measured. And then there's the marketing suite, where mysterious things happen.”

It’s time to think differently, Malhotra says - and hopefully elevate the role of performance marketing in the boardroom in the process. 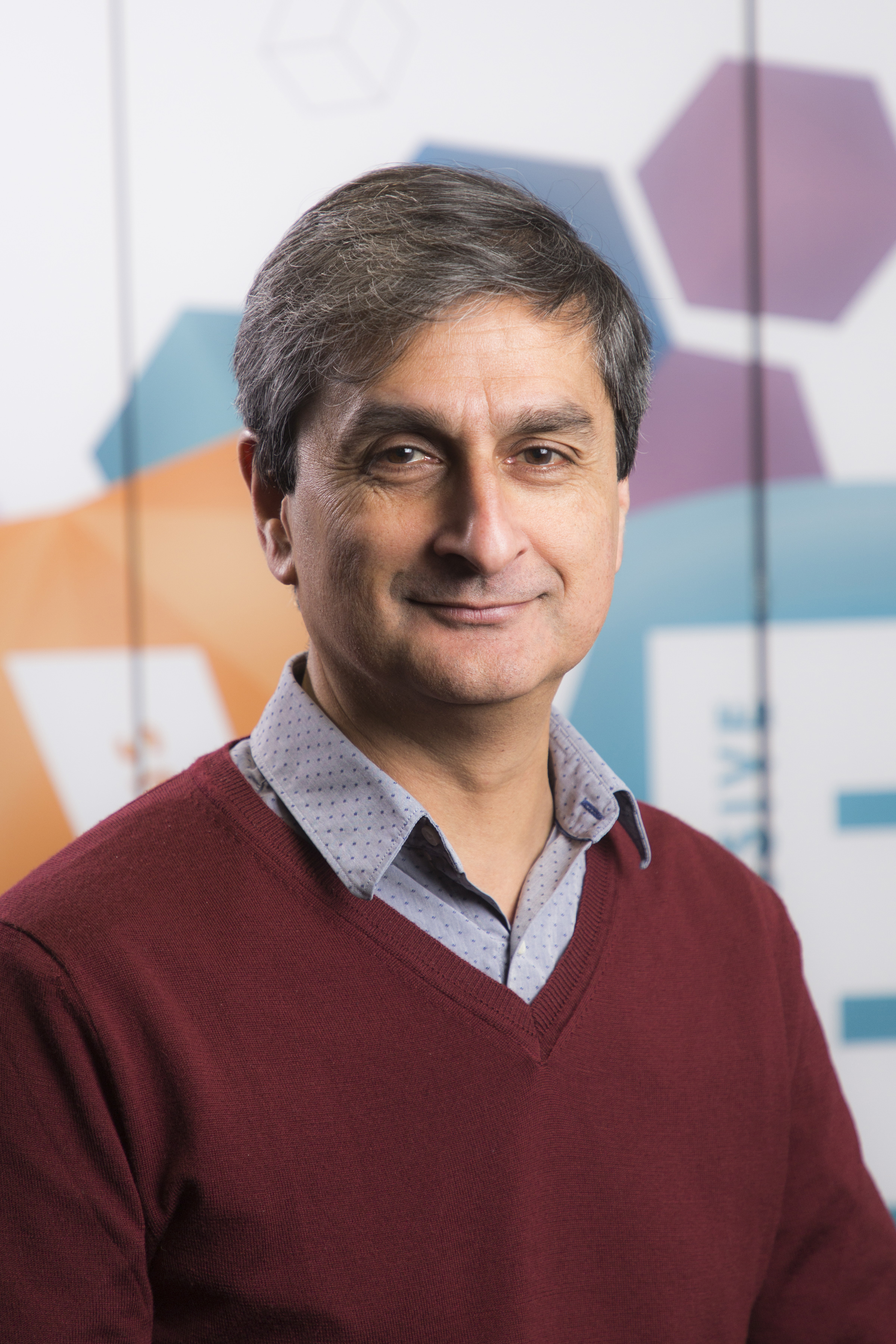 Anil Malhotra is the co-founder and CMO at mobile payments and analytics firm Bango.