Publishers are looking to move from linear TV ads to digital environments, but need a solution that reflects the nature of TV commercials rather than typical online display ads. To cater for this demand, CTV programmatic advertising platform Unruly has launched a content-level targeting solution to help publishers manage the shift by segmenting their inventory based on attributes that mirror TV buys (such as genre and rating). The solution will serve publishers who are increasingly looking to meet buyers’ needs for standardised and contextual targeting opportunities on OTT supply. At launch, 26 segments are supported based on content attributes. The tool evaluates the direct publisher partner data and simplifies the content-level attributes into scalable deals for buyers. Publishers can also leverage Unruly’s Private Marketplace (PMP) platform, CTRL, to package inventory to more effectively meet growing buyer demand for privacy-conscious, publisher first-party targeting solutions across CTV and video. Buyers can activate through Unruly’s direct DSP integrations and via Tremor Video, the demand side of Tremor International’s end-to-end platform. 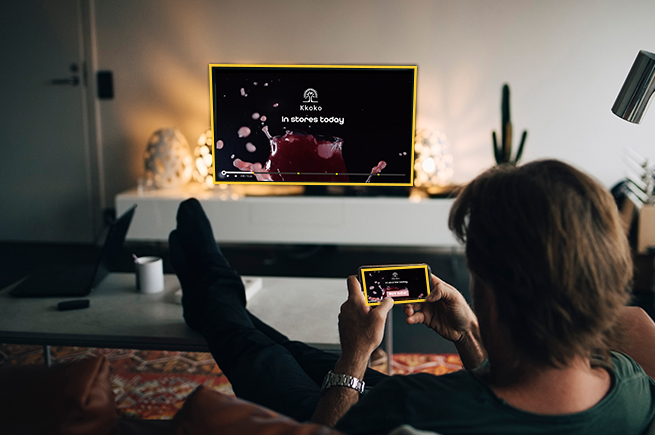 Xandr, AT&T's advanced advertising company, has launched a new standardised video content feature to help publishers maximise the value of premium video. This new feature transforms contextual solutions for video content, standardising content metadata and making it simple for both publishers and buyers to better represent and identify video content. Video has historically been harder to classify for programmatic exchanges built for text-based content.  Xandr’s new feature will take the thousands of unique genre values and simplify these into standardised categories using its fields including duration, delivery type, genre, program type, rating, network, and language. Xandr also offers multiple integration options to make it easy for publishers to send their metadata, including automated live content mapping to ensure there is comprehensive coverage. Currently, over 50 percent of transacted CTV impressions on Xandr Monetise include content metadata.

Brand safety solutions provider Integral Ad Science (IAS) has expanded its Context Control solution for advertisers and publishers globally, providing more control over the context of digital ad placements. Advertisers can now leverage over 300 contextual segments to avoid undesirable content or target towards suitable content, on a pre-bid basis. A recent campaign that activated Context Control, saw a significant decrease in block rate, a 36 percent decrease in cost per click, and a 19 percent decrease in cost per acquisition.  Publishers can activate Context Control Optimisation to match contextual settings with an advertiser’s need to avoid or target towards contextually relevant content.  A recent activation saw publishers generate a greater return on inventory, delivering a 20 percent lift in CPMs and a 120 percent lift in clickthrough rates.

Customer experience management firm Merkle has launched a performance-based recruitment campaign to highlight the curious nature of its people. The ‘Me in MErkle’ campaign, which initially launches across digital out of home (DOOH) and paid media, asks the question: “Curious?” and invites people to click on a digital ad or scan a QR code from the DOOH to take them to the website, to read an ode to Dentsu-owned Merkle about what it means to be a good fit for the company. Following its launch across DOOH and online, the campaign will roll out across industry sponsorships, including the DMA Awards in December. As the DMA’s Industry Talent Partner Merkle will host Alice in Wonderland-themed cocktails at the event inviting people to “Drink ME”. This will be followed by an EMEA-wide social media campaign and further out of home and digital activity over the next six months, as well as internal comms activity to bring together all its EMEA business across its 14 markets within its DACH, Northern Europe and UK business clusters. 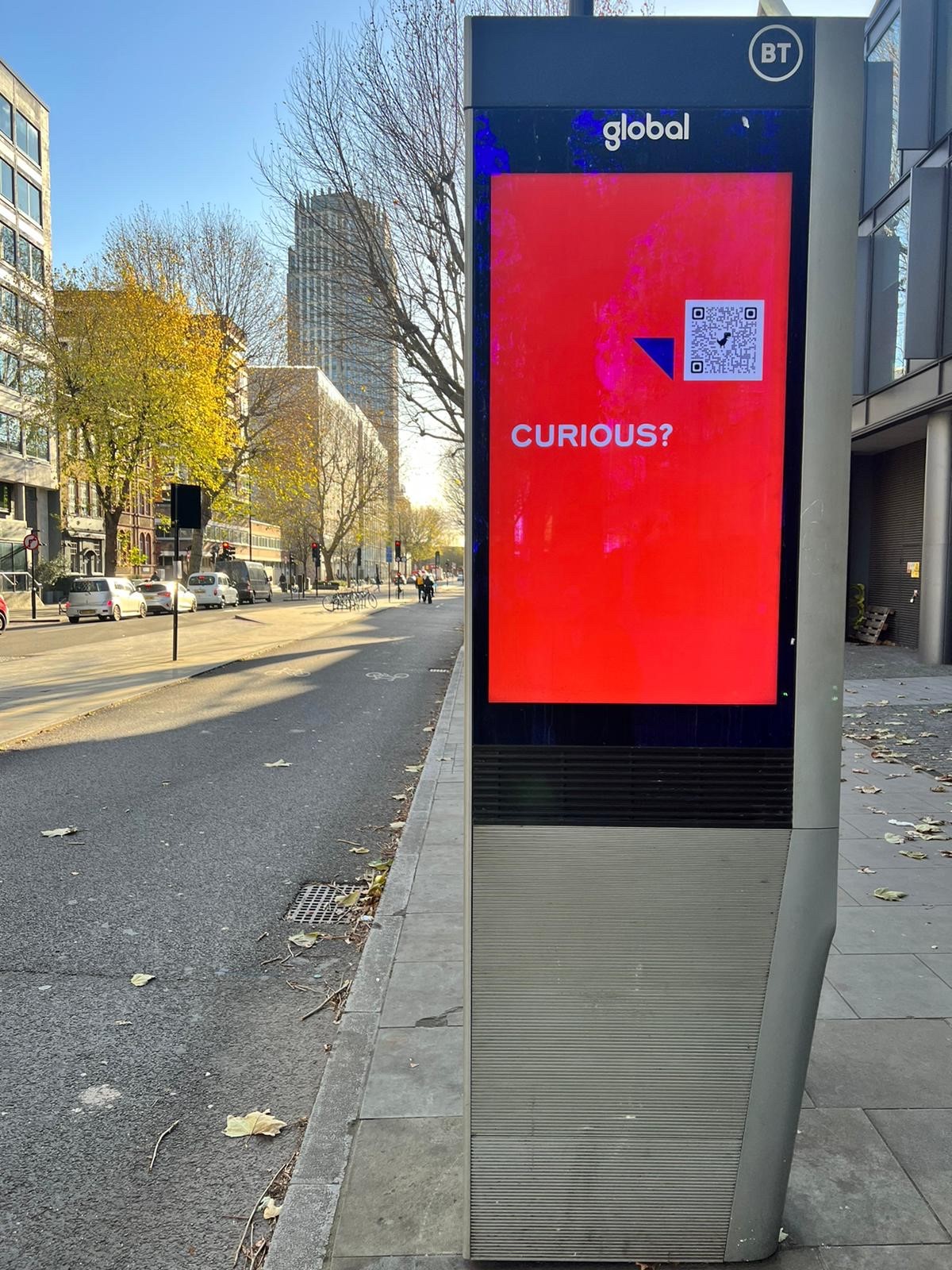 Spark Foundry and Jungle Creations’ people-focused media brand VT have launched a new digital campaign for Mexican-Inspired brand, Taco Bell UK, cutting through the noise by inviting people not to talk about Christmas. In the video, Taco Bell highlights how each year an average of 55,000 birthdays are forgotten due to being held in the same month as Christmas. This tongue in cheek campaign, aimed at a younger audience of 16–34-year-olds, will run across social throughout the month of December, amplified across VT’s social media channels including TikTok, Facebook and Instagram.

The UK's competition watchdog has ordered Meta (formerly Facebook) to reverse its acquisition of animated GIF platform Giphy. The Competition and Markets Authority (CMA) said its phase 2 investigation backed-up its earlier competition concerns about the impact of Meta owning and operating Giphy. The panel concluded that Meta would be able to increase its already significant market power in relation to other social media platforms by denying or limiting other platforms’ access to Giphy GIFs, driving more traffic to Meta-owned sites – Facebook, WhatsApp and Instagram – which already account for 73 percent of user time spent on social media in the UK, or by changing the terms of access by, for example, requiring TikTok, Twitter and Snapchat to provide more user data in order to access Giphy GIFs. Giphy’s services allows companies – such as Dunkin’ Donuts and Pepsi – to promote their brands through visual images and GIFs.

Adtech firm Adnami will be receiving a six-figure sum of investment from the Danish government in recognition of its pioneering technology and strategy. This funding is under the Innovation Fund Denmark programme, ‘Innobooster’; an initiative led by the Danish government and designed to support innovative development projects within startups.

In-game platform for advertisers Adverty has struck a partnership with gaming focused media company, Livewire. The deal will enable greater brand access to Adverty’s in-game inventory in key markets across Asia Pacific. Adverty's innovative approach coupled with Livewire's massive platform will help continue its expansion into key markets globally as it establishes itself as a strong player in the digital space. 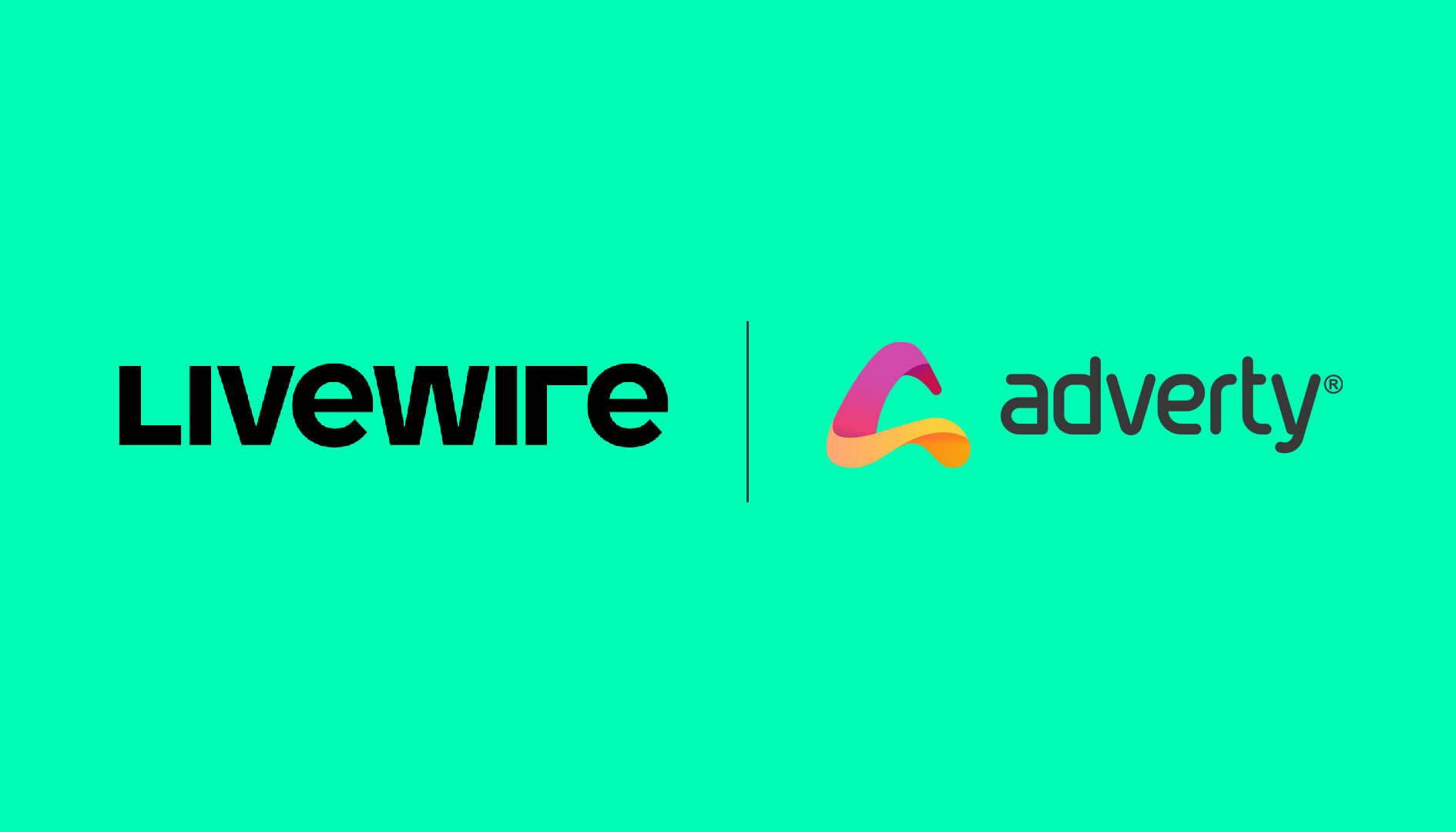 Native ad platform Taboola has struck a multi-year renewal of its partnership with Future, the global platform for specialist media that reaches over one in three adults online in both the UK and the US. The new three-year agreement takes the two companies to an impressive decade in partnership. Taboola’s products will be implemented across Future’s portfolio of multi-sector publications, which generated 750 million views across Taboola in Q3 2021, including TechRadar, Marie Claire, Tom’s Guide and GamesRadar to boost engagement, revenue and audience numbers.

Ones to watch: movers and shakers in performance marketing

Twitter co-founder Jack Dorsey is stepping down as chief executive of the company. He will be replaced by the current chief technical officer, Parag Agrawal. Dorsey, who co-founded Twitter in 2006, has been serving as chief executive of both Twitter and payment firm Square. Agrawal joined Twitter in 2011, and has been the firm's head of technology since 2017. There is also a shake-up within the operational ranks. Dantley Davis, who ran Twitter’s design and research, is leaving the company, as is Michael Montano, the engineering lead, San Francisco-based. Kayvon Beykpour, the top consumer product executive, will become general manager for consumer products; Bruce Falck will be general manager for revenue products; and Nick Caldwell will become general manager for “core tech,” replacing Agrawal.

Amber Sayer joined Snap Inc. as Senior Head of Retail and Ecommerce. She will be based in London, reporting to Ed Couchman, UK General Manager In this newly created position, Amber will sit in the Enterprise Leadership team and lead the Retail and E-commerce division in the UK.   Amber previously spent more than six years at ASOS, overseeing ASOS Media Group which was responsible for driving innovative cut through marketing campaigns for their top tier supplier brands. Previous roles include; five years at Jamie Oliver Group heading up his commercial arm and roles at UKTV and Auto Trader prior to this.  As part of her new role, Amber will manage the account teams responsible for driving business from more than 40 leading retail and e-commerce brands and supporting their digital transformation journey. This is the latest in a series of senior UK-based EMEA appointments at Snapchat - last month Leila Woodington joined as  Director of Business Marketing for EMEA and Laura Clare was appointed senior director of communications for EMEA, and in August, Jed Hallam joined Snap’s Creative Strategy team as EMEA Head of Comms Planning. 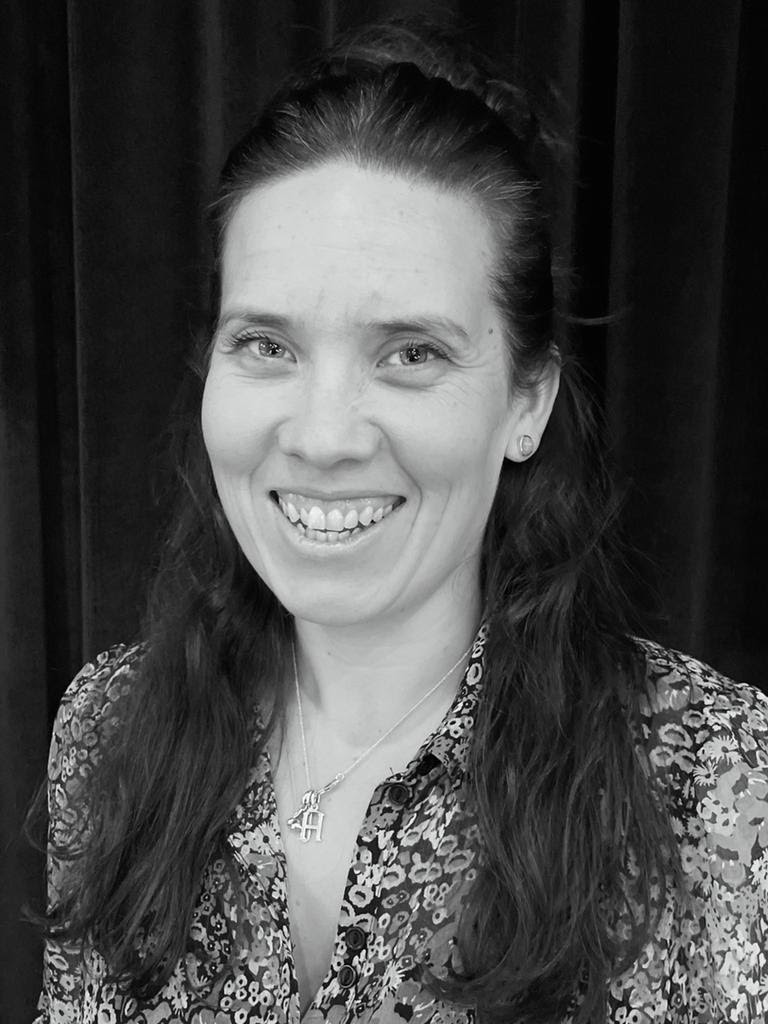 iProspect, a dentsu company, has made new appointments within its global leadership including Shenda Loughnane as Global Managing Director and Dan Friel as the new Global Client President & Head of iProspect Global. The appointments are the latest in a series of strategic hires and promotions at the recently relaunched digital-first end to end media agency. Loughnane, a dentsu veteran of 11 years, takes on the responsibility of building a highly connected network worldwide which drives consistency, connectivity and scaled innovation for iProspect clients globally. She joins the global iProspect team having most recently held the Group Managing Director, dentsu Ireland position, where she has been working with key accounts including Heineken, Kaspersky and LinkedIn. Prior to joining dentsu, Loughnane ran a digital creative agency, ICAN, for 10 years and throughout her career she has worked for media agencies such as Zenith and Havas in both the UK and across Europe. Friel will be supporting Loughnane in her new role, as he steps up into the newly created position of Global Client President & Head of iProspect Global. Having been a very successful Global Client President, he now takes on the additional responsibilities of building a ‘one team’ culture in the global team. Friel’s previous roles included Global Client Lead at Carat and Managing Partner at MEC. 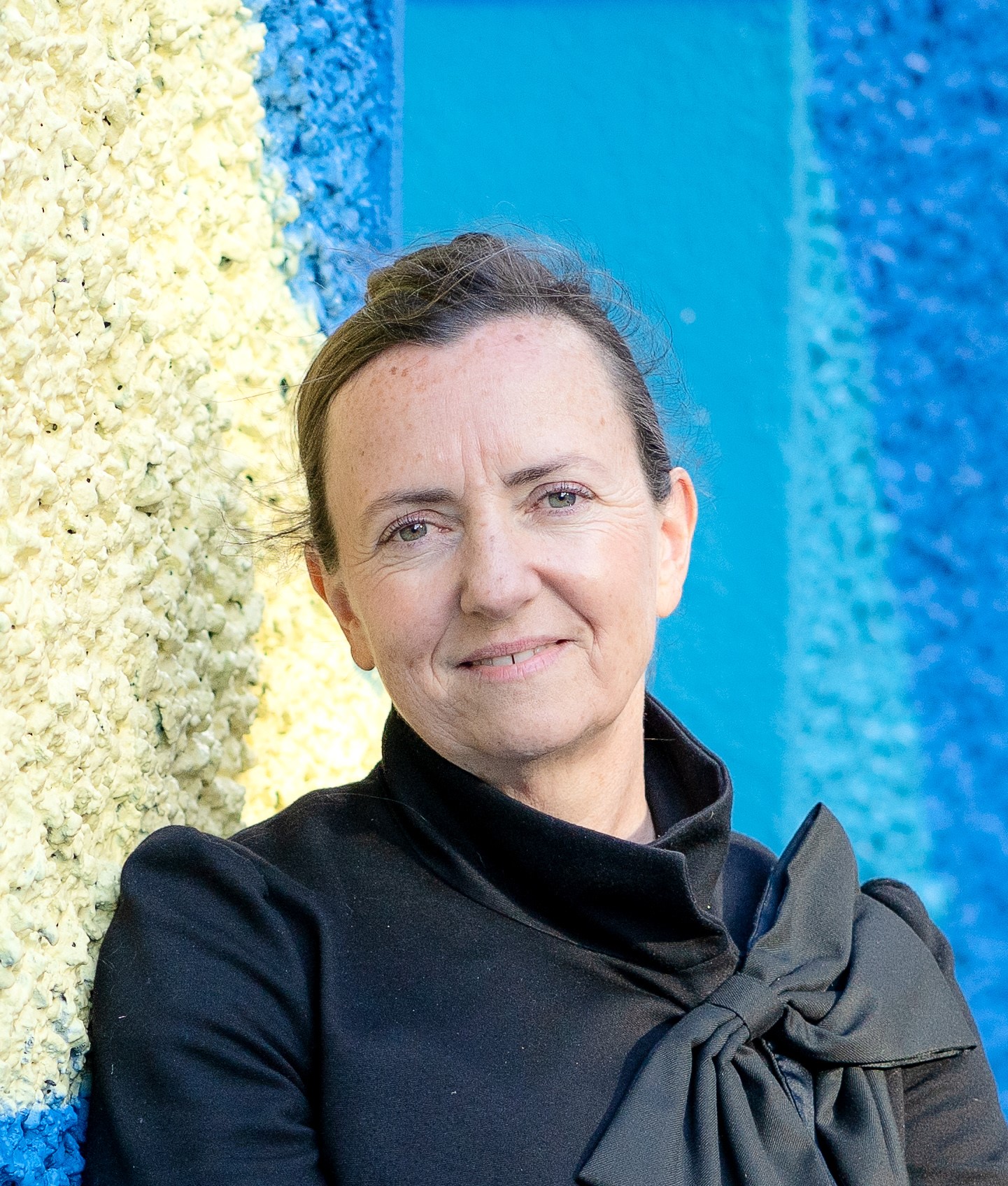 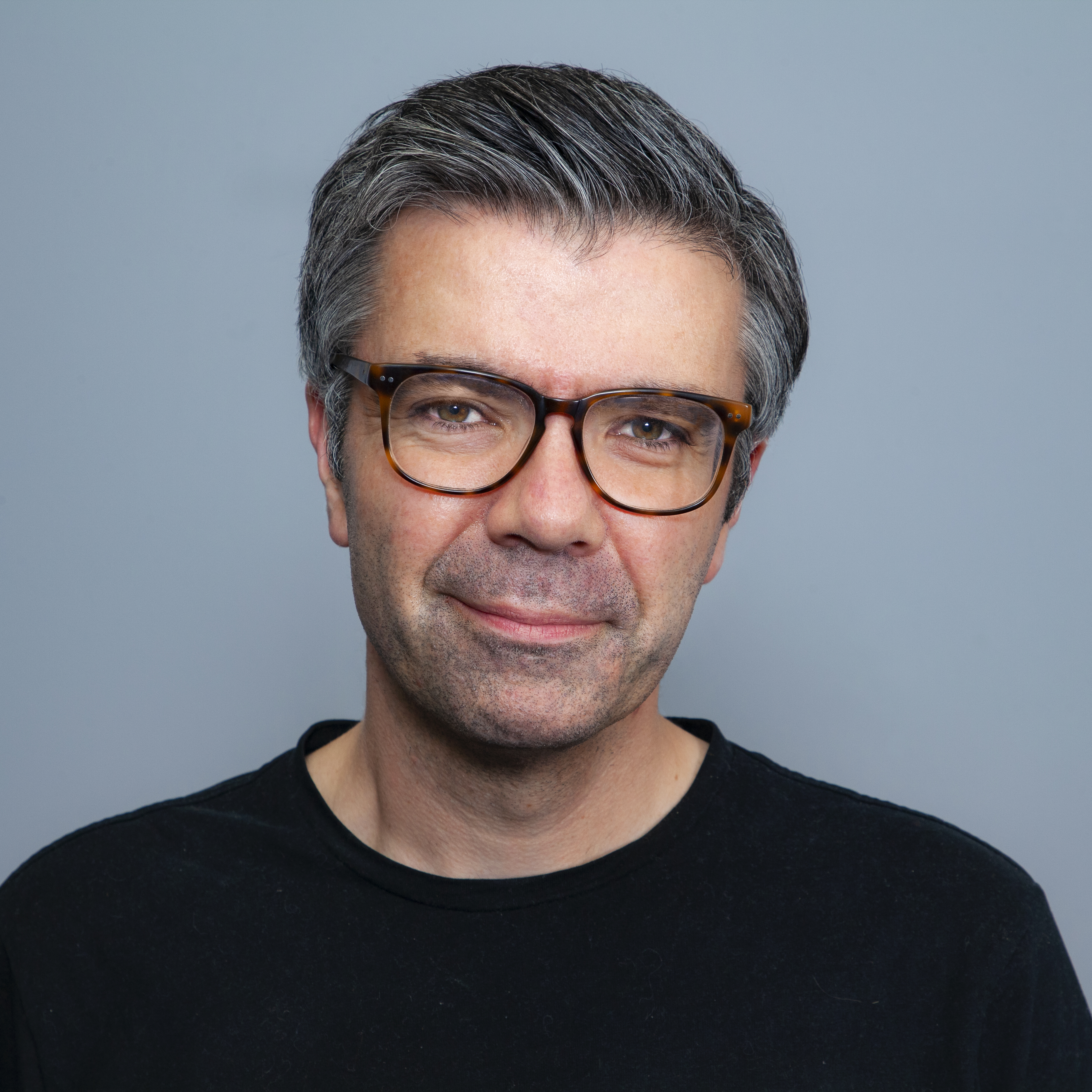 White Bullet, an IP protection company for the adtech industry, announced the key hire of Stuart Dickinson as Director of Advertising Operations and Client Success. Dickinson is a major player in programmatic with deep knowledge of digital media and advertising technology ecosystems. He will help bolster White Bullet's accelerating growth integrating with multiple SSPs and DSPs. 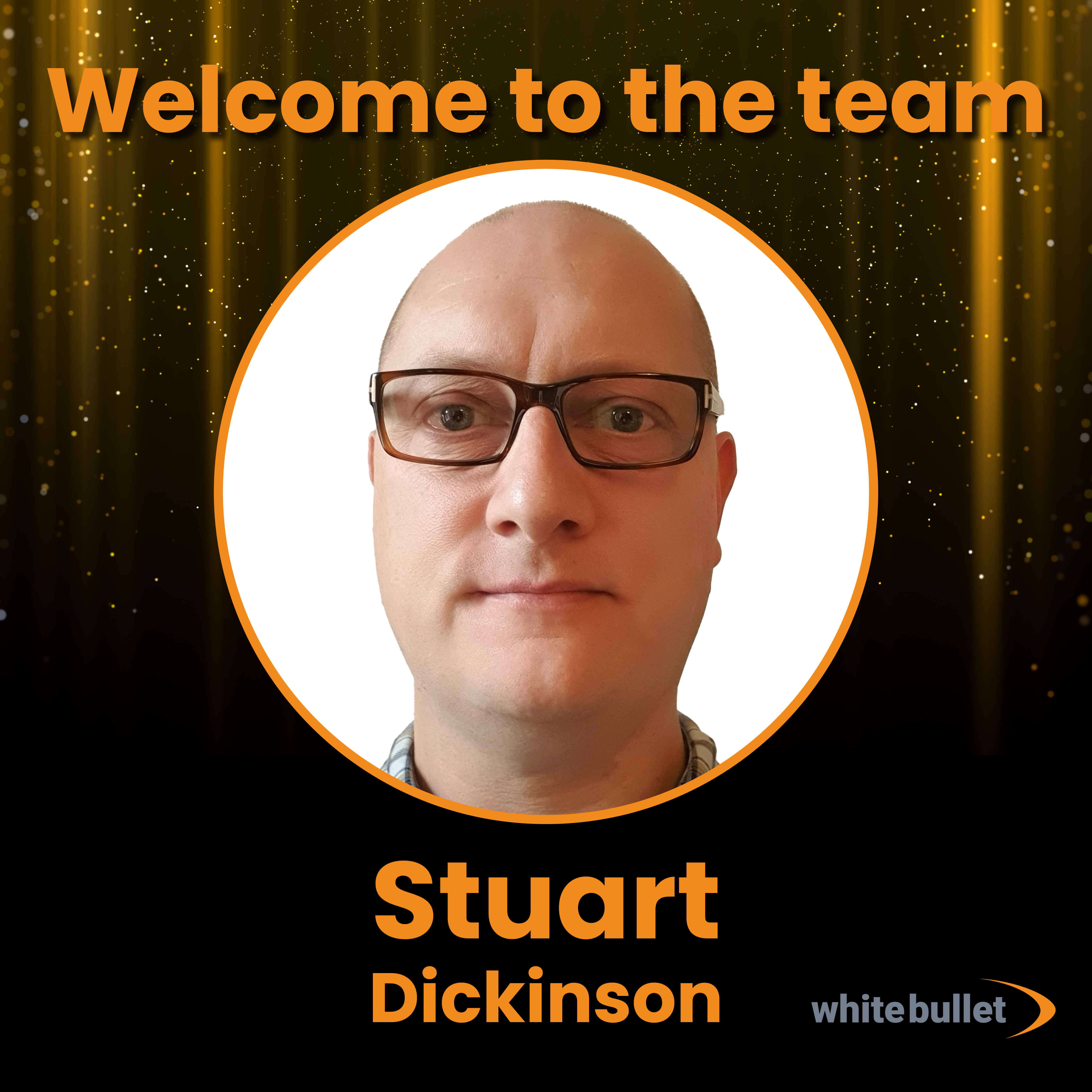 Did you know? The latest consumer and market data

The busy Black Friday period has come and gone, leaving a mountain of stats about consumer shopping habits. Here are some key highlights:

Data-driven loyalty and engagement platform, LoyaltyLion found a 113 percent surge in rewards being claimed by customers this BFCM and a 69 percent increase in successful referrals compared to the weekend average. 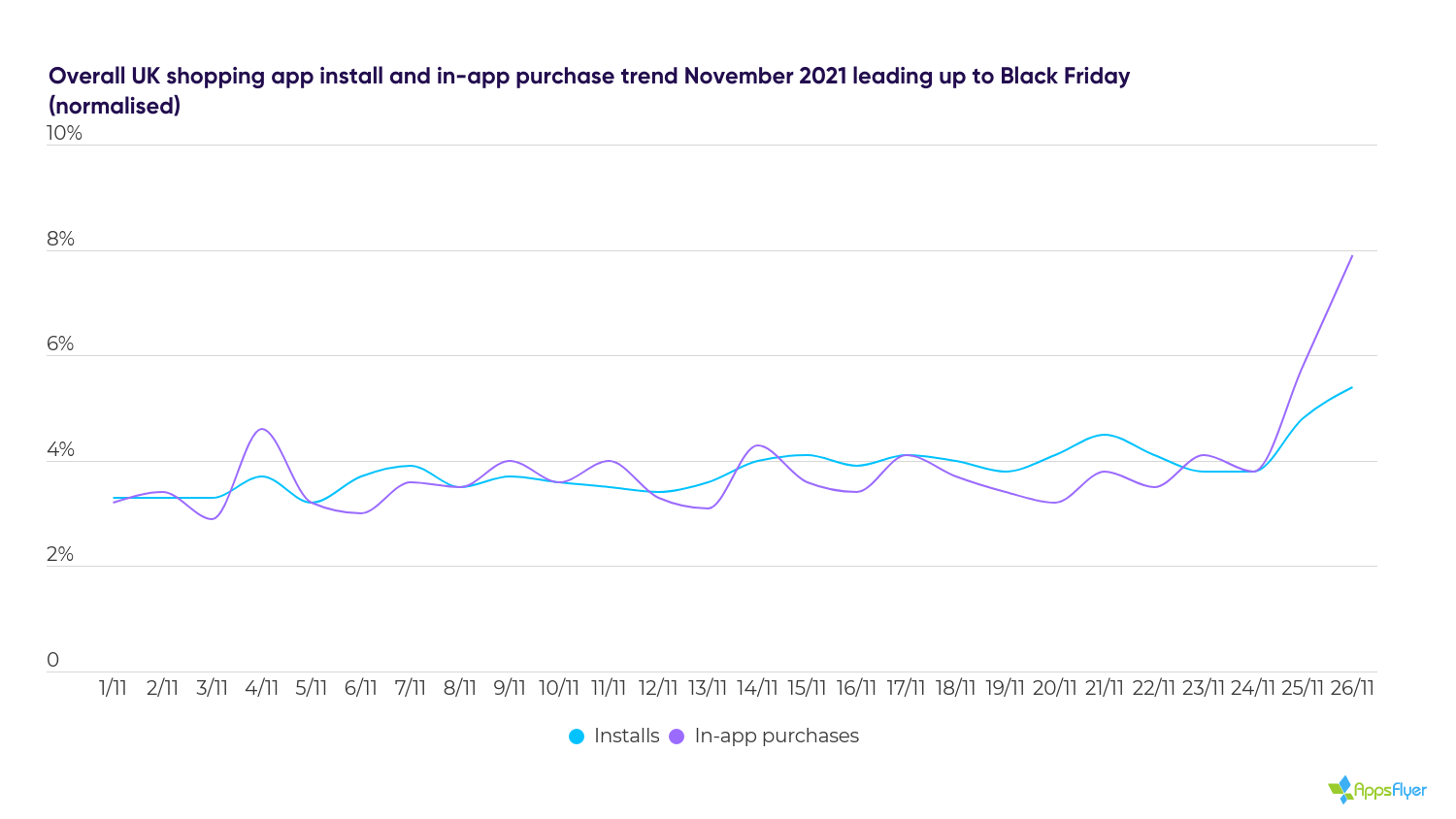 A Toluna study about this year’s Black Friday sales and shoppers’ behaviours and habits. The online survey was conducted amongst 500+ adults in the UK between 26 and 29 November 2021.