After securing $14million in funding, AudioMob has teamed up with Oracle Moat to provide in-game audio ad verification. The adtech firm lets advertisers reach diverse audiences while allowing game developers to monetise their games without interrupting gameplay using audio ads. When advertisers run campaigns, measurement and verification are crucial in building trust in the AudioMob format. The Oracle Moat offering will provide independent verification that an audio ad has been served into a mobile game or app. In turn, the AudioMob Ad Platform will allow advertisers to verify ad delivery using Oracle Moat reports. This will include ad delivery metrics and fraudulent activity monitoring. 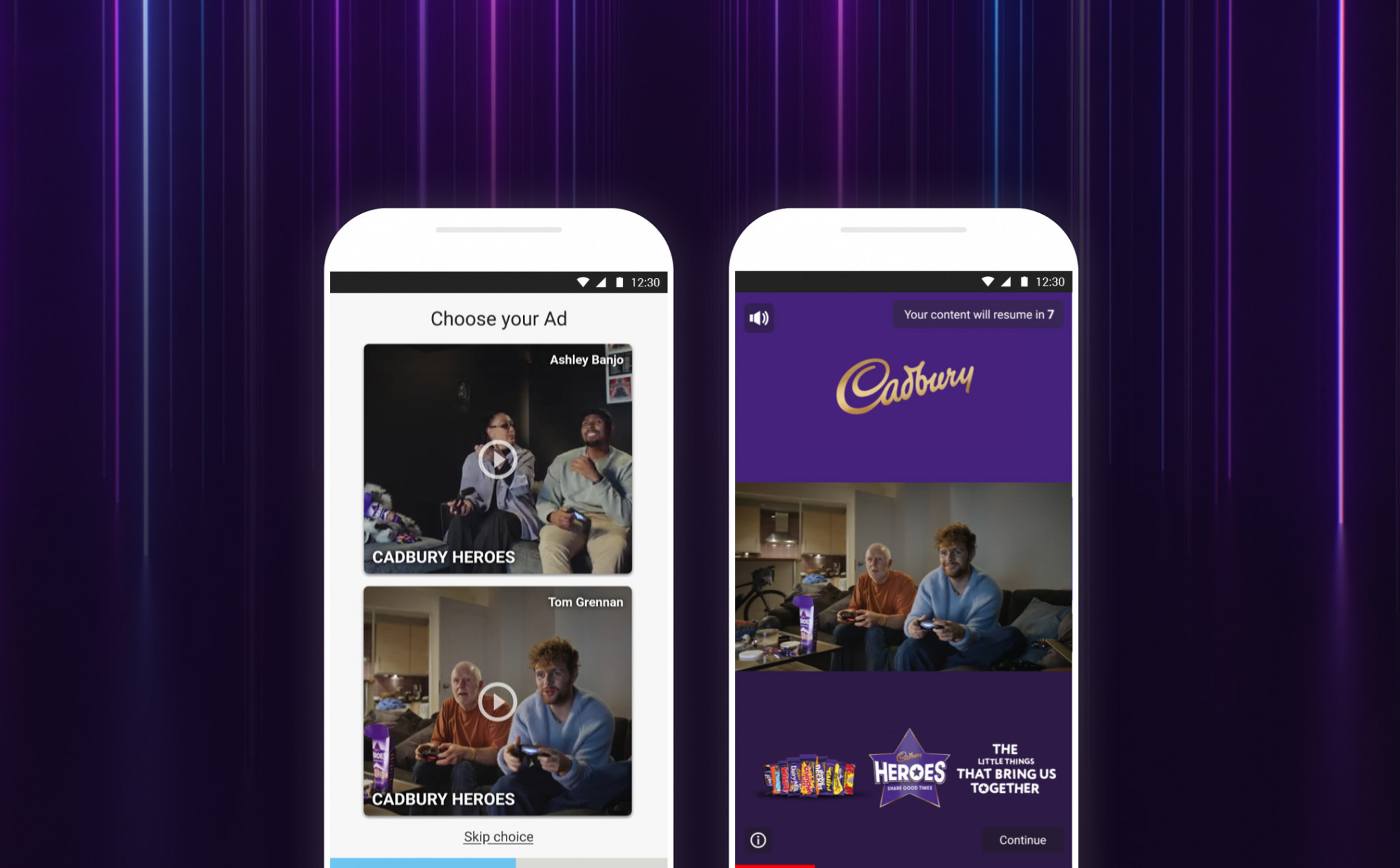 Property site Zoopla has unveiled a major new ten-week marketing campaign, which will for the first time highlight Zoopla’s search functionality. The adverts, which were produced in conjunction with Zoopla’s creative agency Lucky Generals, will appear across a breadth of media channels, including TV, YouTube, VOD and display. Marketing technology agency Byte is leading on Zoopla’s social strategy across Youtube, Instagram, Facebook and Twitter, while TikTok will also be tested for the first time. The campaign will drive a national presence for Zoopla, overlaid with specific audience targeting. Capturing the market momentum of the ‘Boxing Day Bounce’, the campaign launch follows a bumper year for the property market, with 2021 culminating in the UK’s busiest property market in 14 years. Over a fifth of households are ‘more eager’ to move as a result of the pandemic, and Zoopla’s new campaign will capitalise on this unprecedented demand. 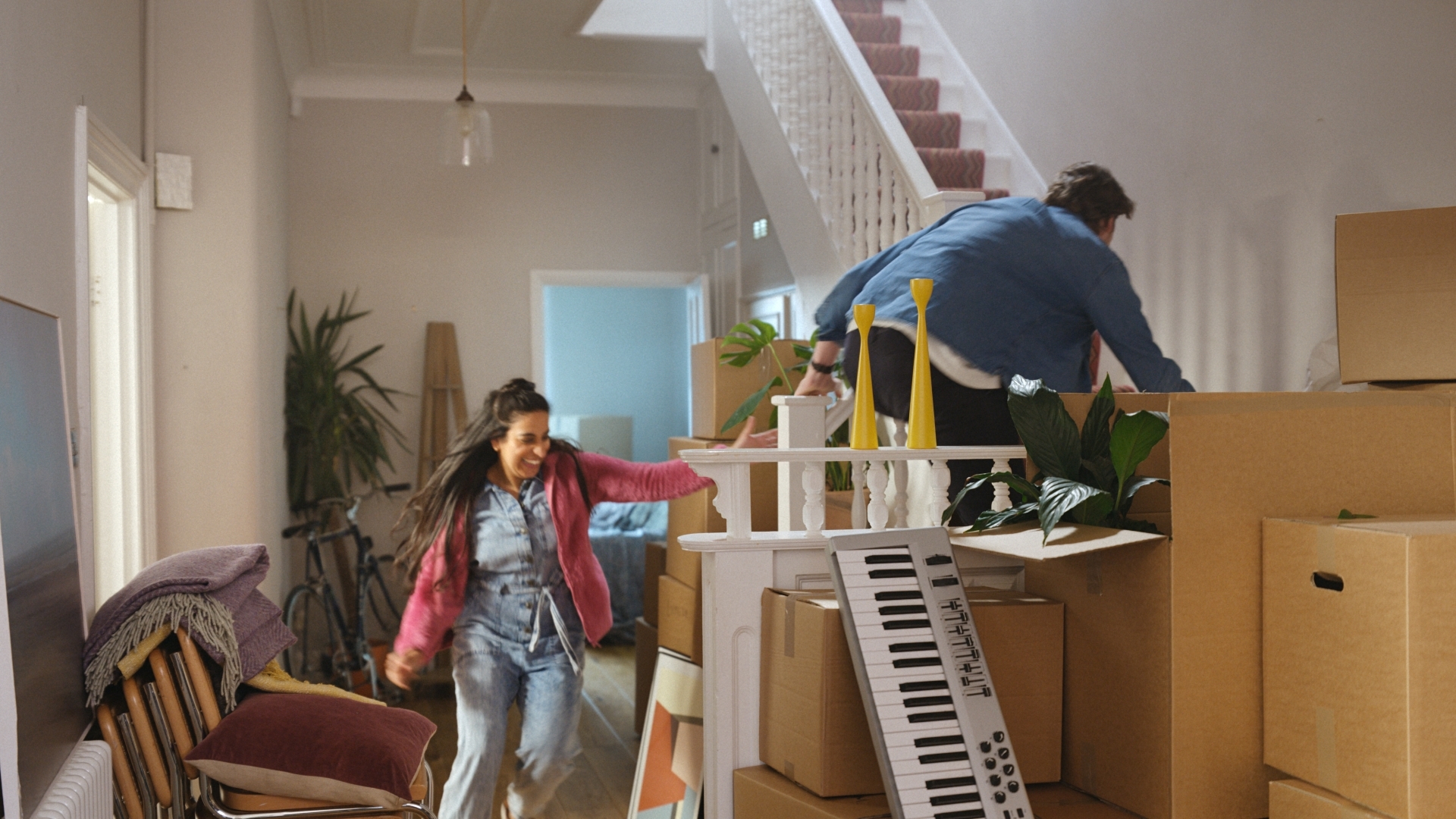 Online florist Bloom & Wild has been working with referral engineering platform Mention Me since 2014, and in just the past 12 months Mention Me has driven 70k referrals worth more than £6.5m. The programme helped Bloom & Wild grow its customer base during the pandemic, when people turned to online gifting to support loved ones from afar. After keeping only its referral marketing channel on during April to June 2020, Bloom & Wild grew referrals by 800 percent year-on-year (despite promoting it at fewer points in the customer journey). To build on its success so far, Bloom & Wild continues to work with Mention Me to experiment with its referral campaigns – including working with influencers and the Carers Trust charity – and optimise its programmes. It’s also using the platform to learn more about customers in different markets, such as uncovering that using gender equitable language, instead of the grammatical norm, for their German customers saw an increase in engagement.

Coty and Pinterest have launched the Marc Jacobs Fragrances holiday campaign on the platform. Aimed at looking to gift loved ones with fragrance this year, the festive campaign features an interactive fragrance finder quiz on Pinterest. Guiding Pinners through questions about the person they are gifting for, including who the recipient is, and which statement best describes their personality, they are then presented with one of six Marc Jacobs Fragrances, revealing a unique perfume match, available for purchase. Coty has utilised Pinterest’s Pin Extension feature, an ad solution that gives consumers an immersive brand experience within Pinterest’s in-app browser, simply by swiping up within a regular Promoted Pin. 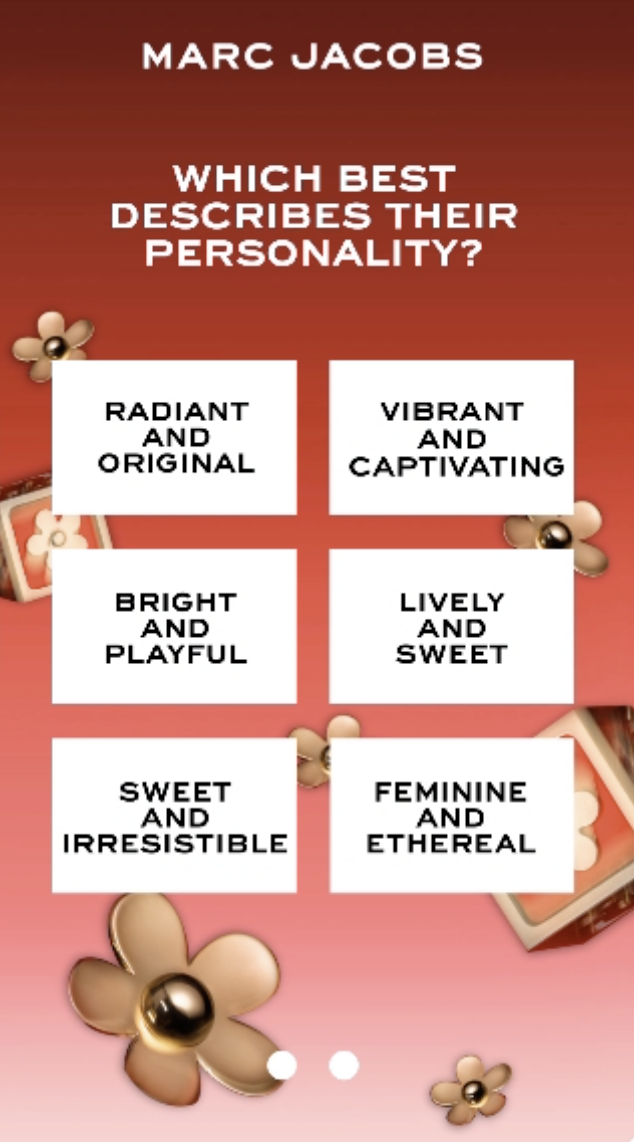 Merlin Entertainments has hired Wavemaker as its new UK media agency as it consolidates its media spend for the first time. The agency was appointed after a competitive pitch process overseen by Oystercatchers. This follows an extensive review by Merlin of its marketing activity as it looks to continue its ambitious growth and capitalise on pent up demand among UK consumers following the lifting of COVID restrictions and the return of international visitors. Merlin previously separated out its media spend between its UK Midway indoor attractions - which include The lastminute.com London Eye, Madame Tussauds, The Dungeons, SEA LIFE, LEGOLAND Discovery Centres, the Blackpool Tower and DreamWorks’ Shrek’s Adventure! London – and its Resort Theme Parks, which include Alton Towers, LEGOLAND® Windsor, Thorpe Park, Chessington World of Adventures and Warwick Castle. Merlin has also appointed Wavemaker as its media agency for its Midway attractions in Europe, which include SEA LIFE, Madame Tussauds and The Dungeons.

New privacy safeguards and threats to third-party cookies have resulted in a proliferation of new rules, frameworks and competing offerings, leading to complexity and confusion in many European markets for ad buyers and sellers. As such, The Project X Institute (PXI), has launched a European Addressable Media Initiative, supported by Amobee, Carbon, Comscore, Finecast, LiveRamp, Lotame, Neustar and PubMatic. These industry leaders have come together to help support the development of a positive, sustainable roadmap for addressable media in Europe. The initiative will explore common solutions and practises that support growth, innovation and competition. Ultimately, the goal is to develop a set of practical recommendations for European advertisers and media owners to support trust and growth in addressable media.

Digital marketing agency Brainlabs has acquired global social advertising agency and creative studio, Consumer Acquisition. The transaction is Brainlabs’ fourth acquisition this year and its second in North America as the agency continues to expand its capabilities for both existing and future clients. Brainlabs and Consumer Acquisition have a shared culture of driving measurable client success through testing, tech and talent. The introduction of Consumer Acquisition’s services expands Brainlabs' social advertising capabilities to include a creative studio, fully-managed paid social services, and SaaS tool, AdRules. This move will enable Brainlabs to offer clients multiple creative executions within app download campaigns, closing the gap between creative and digital performance.

Ones to watch: movers and shakers in performance marketing

IPG Mediabrands agency UM has announced the promotion of Susan Kingston-Brown to CEO for its International Client Services (ICS) division. Reporting to Chris Skinner, UM President for EMEA, Kingston-Brown is responsible for coordinating global accounts across markets. Her remit is to ensure each is able to access the full spectrum of integrated media and marketing services - to cover data, analytics and strategy - across each region in which they operate.  Since joining UM as Chief Product Officer for EMEA in March 2019, Kingston-Brown had already fulfilled a key leadership role for the ICS team. This week’s promotion cements that position and will empower her to take UM’s ICS offering to the next level. In the new role, Kingston-Brown is tasked with bringing international teams closer together to unite them in a shared business culture with agility at its core. Each will be working as an extension of the core London-based team, an approach that helps local teams join the dots between insight, activation and optimisation and to share best practice. 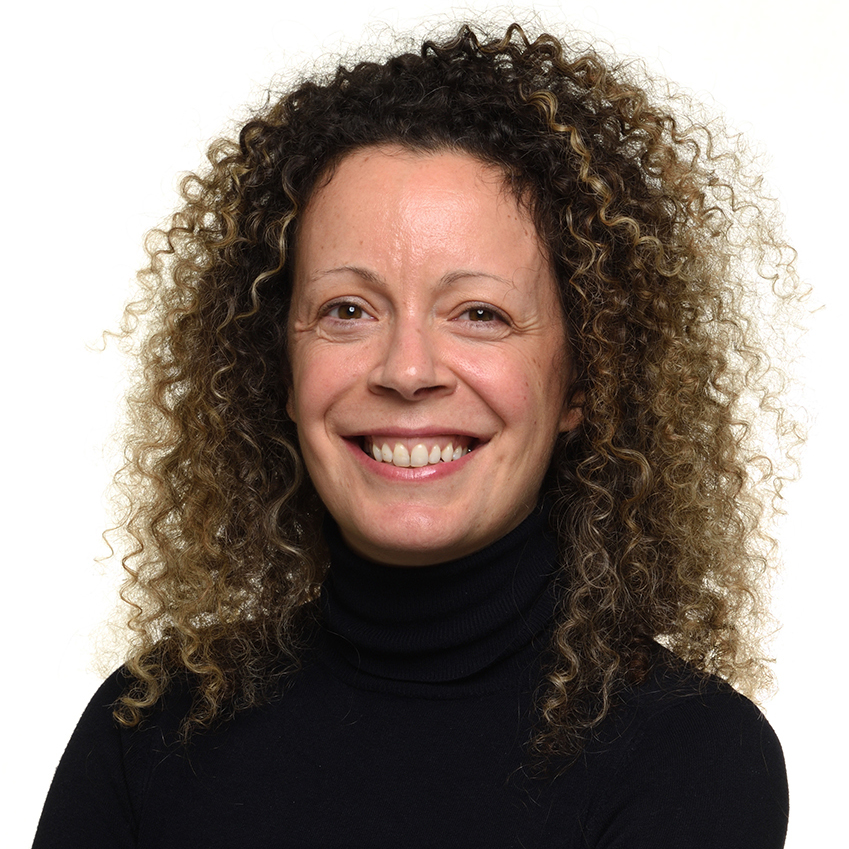 Digital marketing agency Unrivalled has announced the appointment of Paul Heywood, CRO Puppet based in London. Paul is responsible for accelerating Puppet’s growth and overseeing the company’s corporate development, sales and revenue management across the globe as its Chief Revenue Officer. Paul has developed a deep understanding of IT infrastructure, SaaS, cloud computing, and IT-managed service providers over the years, and has created and implemented the frameworks and methodologies required to further accelerate Puppet’s growth. Previous to Puppet, Paul was the VP of worldwide sales and business strategy at Oracle under their Oracle Cloud Infrastructure Group. As a part of the leadership team at Dyn, Paul was able to create an exponential period of growth leading up to a significant acquisition by Oracle - prior to this acquisition, Dyn powered up to 20 percent of the global internet. Paul sits on the boards of both DevOpsGroup and York IE. 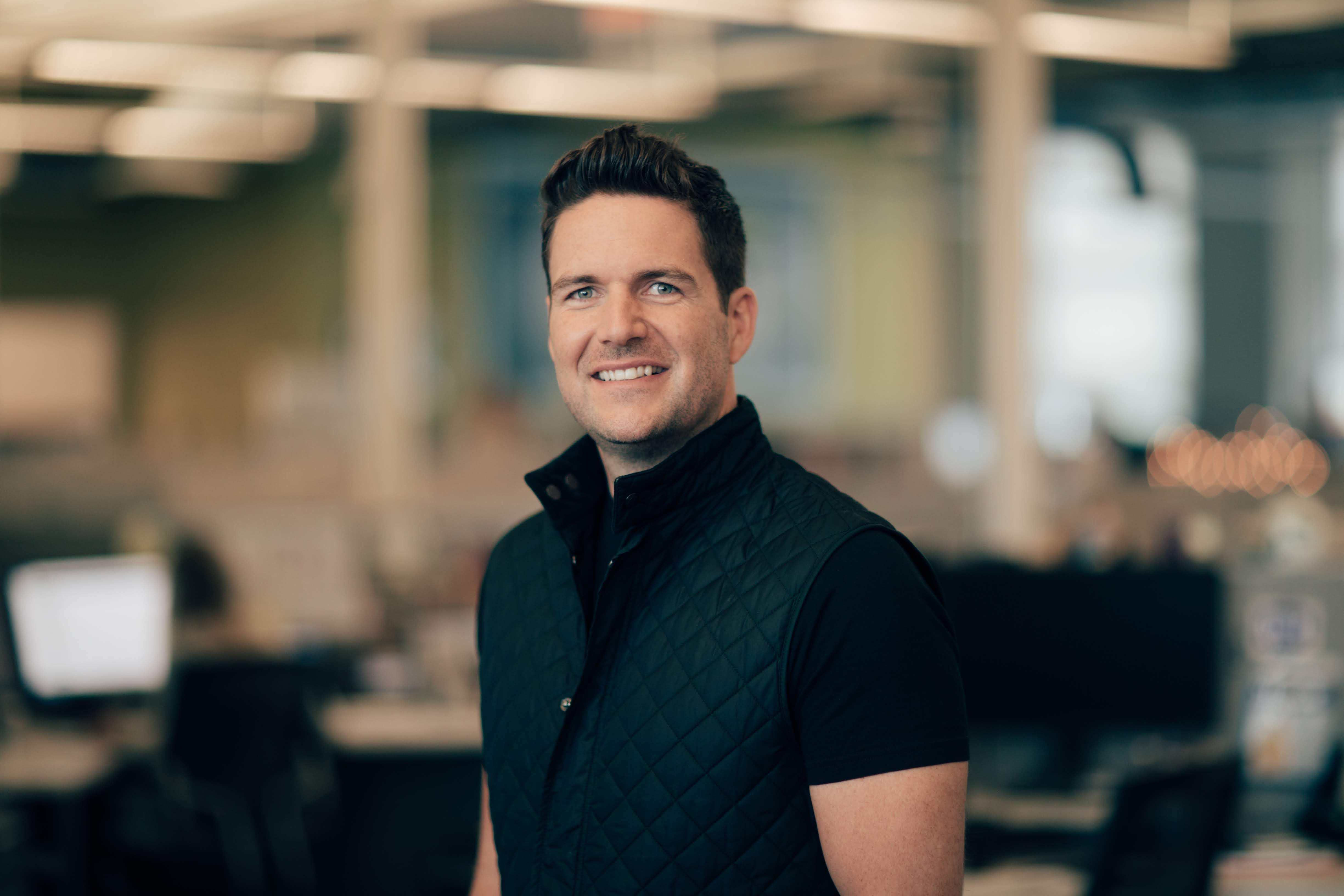 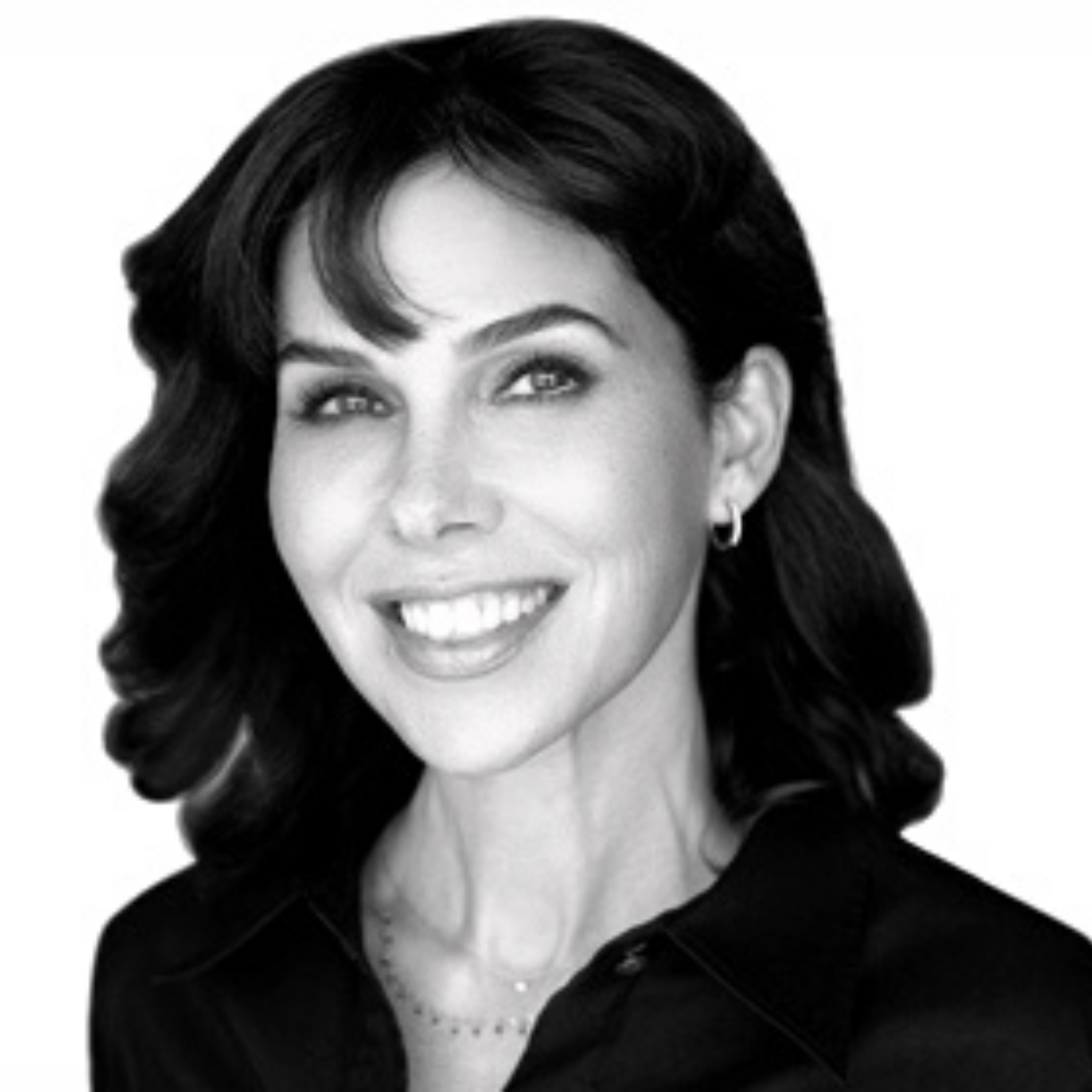 Did you know? The latest consumer and market data

Global ad fraud has peaked in the run up to the holiday season due to ad spend and engagement being on the rise - in particular, CTV (Connected TV) advertising is under threat with almost 20 percent of unprotected programmatic CTV inventory being fraudulent.  The research, from DoubleVerify, has also identified a spike in two streaming fraud schemes that have been attempting to spoof billions of ad impressions since they began to operate in 2020: LeoTerra and CelloTerra. Fraud follows the money. With spending on online video expected to reach $12.4 billion this year, and CTV investments hitting $5.4 billion, it’s no surprise fraudulent activity is on the up.

However, subscription OTT services increased investment in content by 20 percent in 2021, to nearly $50 billion. Compared to 2019, this represents a growth of over 50 percent, a factor of the success of the streaming market during lockdown, and that within this time frame, Apple TV+, Disney+, HBO Max, Peacock and Paramount+ have expanded rapidly and together via their originals, contributed over $8 billion to content spend in 2021. 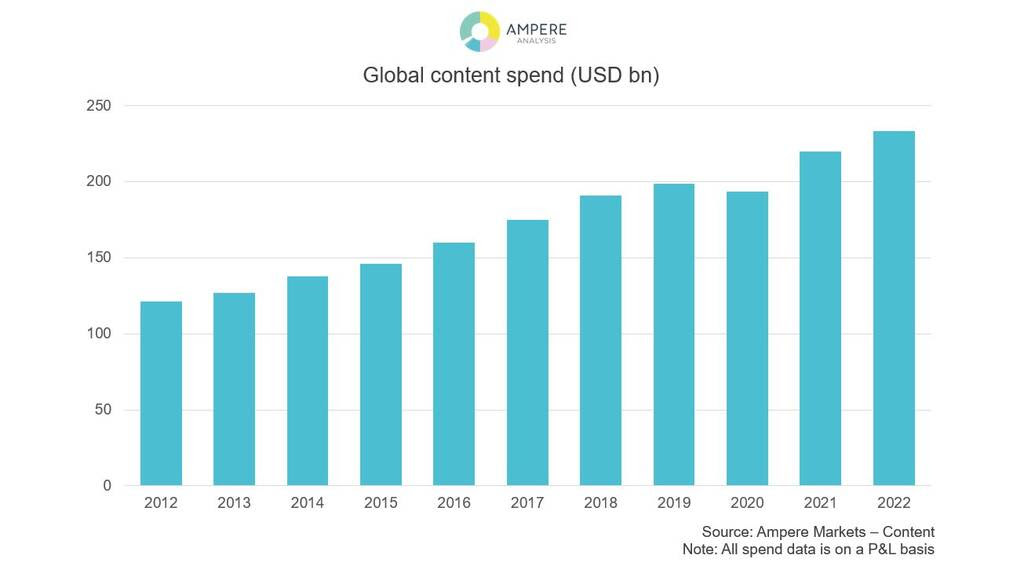 Brands have become worse at responding to complaints during the pandemic

Brands who value, engage and act upon customer feedback after proactively requesting the opinions of their customers are gaining a significant advantage over their competitors. That’s according to new data from Feefo, the insights and reviews platform, which surveyed 2,000 British consumers.

According to research from Showpad, a global sales enablement tech leader, 2021 has seen a worrying dip in buyer engagement. This reduction may have been caused by B2B buyers putting their buying decisions on hold, as well as the shift to remote working and selling.

TikTok showcases most engaging brands and trends of 2021

TikTok has released its yearly review, spotlighting the most creative brand activations on the platform over the past year. The list includes a diverse range of brands across different sectors, from Little Moons and JD, to Peugeot and Old Spice, all of whom have hit the right note with the TikTok community and achieved real success in 2021.

Join us as we celebrate the trends, moments and movements that made 2021-of-a-kind. Thank you for being part of the #YearOnTikTok !