Rather unexpectedly, Google has announced it will replace FLoC with a new interest-based targeting proposal, Topics API. So what does this pivot in approach mean for when third-party cookies finally bite the dust in 2023? asks Artiom Enkov, Head of Insights at Nano Interactive…

The Topics API aims to alleviate the privacy concerns surrounding FLoC by determining topics that represent your ‘top’ interests from the previous three weeks – all based on your browsing history. These ‘topics’ are kept for only three weeks, and then deleted. All topics are selected at device level, rather than via external servers.

When users visit a participating site, three topics are selected – one from each of the past three weeks – and shared with the site and its advertising partners.

Topics is able to ensure a stronger level of privacy and user transparency versus FLoC. Part of this comes from the fact that, unlike FLoC, Topics doesn’t group users into cohorts. This means that many of the initial concerns around potential browser fingerprinting are removed.

The API also provides advertisers with the benefit of being still able to retarget consumers, despite third-party cookies not being present, as interactions with consumers will be based on their recent browsing behaviour.

Meanwhile, publishers that may not have been able easily to monetise through contextual advertising benefit from being able to display more relevant ads to consumers. This means they can continue to bring in the revenues that they depend on to provide free premium content, and ensure their survival. As such, Topics will go a long way toward Google’s mission of keeping the vast majority of online content free.

Despite the clear strengths of the Topics API, it comes with several limitations that could be seen as outweighing the positives provided by the proposal:

Firstly, by targeting three interests from over a three-week period, there’s a chance that consumers end up receiving ads for purchases they already made a few weeks prior – a limitation that also sometimes occurs within the current world of the third-party cookie. This can be very frustrating for users, and could lead to large budget wastage for brands with products which have shorter purchase cycles, in particular.

Curiously, Google’s proposal states that the API will choose topics based only on hostnames (eg: www.example.com) and not any other information included within the URL, or the actual content which appears on the website. That would mean that sites and publishers which cover a range of different topics may not be accurately classified and, as a result, it would be very difficult to accurately and effectively target visitors to those properties.

Targeting will also be less accurate with the Topics API because the three topics shared with publishers – and their ad partners – won’t be in order of interest shown in each topic. Therefore, ads could appear for users whose level of interest in a topic isn’t actually that high and, once again, cause wastage for advertisers.

Part of Google’s proposal states that each week users will be assigned six interest topics – five based on their actual browsing history, and one random topic not associated with the user. According to Google, there is a 5 percent chance the random topic will be shared with the publisher and their ad partners. So, without overcomplicating things, that added noise would, in theory, decrease targeting accuracy by 5 percent. For instance, a car manufacturer may end up promoting their vehicles to people who’ve shown no interest in buying a new car in the last few weeks, thus making them far less likely to interact with the ad.

One of the downsides of Topics for Google, though a positive for consumers, is the fact that the API will allow users to opt-out of being targeted by their interests. This feature could be used by rivals, such as Apple, to heavily promote to users the advantages of opting out. This would, in turn, go a long way towards reducing Google’s ability to access and sell data.

Taking it a step further, regulators could decide to force Google to display the ‘opt-in or opt-out’ option front and centre for users setting up the Chrome browser on their devices – in a similar way to how the EU made Microsoft feature competing browsers alongside Internet Explorer in 2009.

Keeping up with the context

Advanced contextual advertising solutions can offer an alternative to the Topics API, and all without ever going near any user data at all.

Contextual doesn’t have any issues around targeting latency. Users can be targeted in the moment when they are actually consuming content that interests them, rather than being targeted about something that may no longer be of interest.

Targeting people based on their intent carries more weight than previous interest, because there’s no way to be sure whether or not the person is still interested in that particular topic. Targeting based on intent and layered with deep on-page analysis – such as sentiment, semantic meaning, category and keyword analysis, offers far richer insights and more robust targeting – rather than everybody being grouped into a broader interest category with other people.

Contextual’s big pull is that it's completely identity-free, and privacy-first. Even with the Topics API addressing many of the issues associated with FLoC, it still requires users to opt-in to having their data utilised in some way. This means, besides it still creating a potential privacy concern, it also isn’t scalable.

Contextual advertising has come a long way from the old days of simply placing an ad next to a related piece of content. There are now various types of contextual variables that can be layered to deliver a truly personalised, and hyper-relevant, experience to the consumer without ever receiving any personal data from them. Context provides the answer where the Topics API, and the wider Privacy Sandbox, falls short. 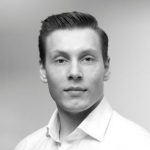