Marketing budgets have maintained growth both globally and regionally throughout 2021 as media inflation rises and the recovery in some economies means increased spend.

In its annual review of its Global Marketing Index (GMI) for 2021, WARC reports that 2021 both started and ended with growth in marketing investment globally, with the index value for December reaching its highest since the GMI was released in 2011. 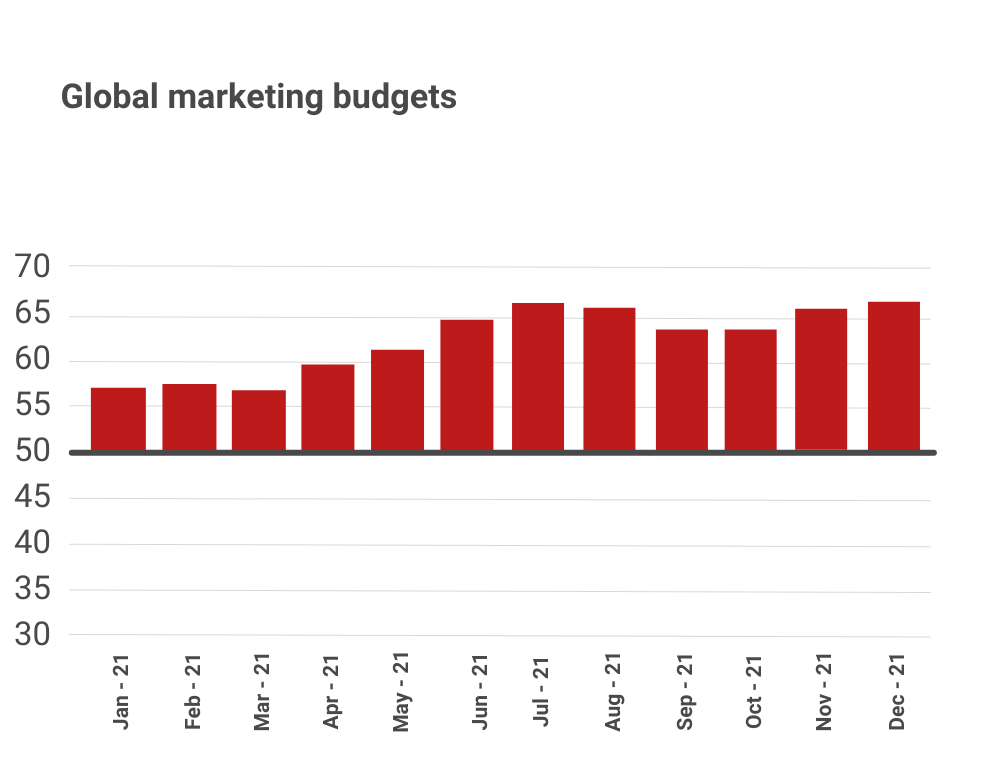 Digital and mobile channels led the charge with the fastest rates of growth last year and this is expected to continue in 2022. TV advertising also saw high budget levels, but the survey found a slight decrease in confidence in TV this year. Meanwhile a corresponding survey of more than 1,350 marketers by WARC showed no slowdown in enthusiasm in online channels following the disruption to media outlets caused by the pandemic.

More than three quarters of those surveyed said they expected spend to increase for online video, with social media (68 percent) and mobile (66 percent), online search (61 percent) and podcasts (54 percent) making up the top five channels for growth. However,  just 18 percent of those surveyed expected to increase spend in TV, while 5 percent said their investment in print would grow, meaning more generally investment in “legacy” channels is, according to WARC, expected to be broadly flat “as the pandemic rebound eases”.

Zoe McCready, WARC senior research executive, says: “This reflects an industry that is largely weathering the impact of the pandemic as it rapidly adjusts to new trading conditions which point to the ongoing strength of digital and mobile channels driven by the continued rise of e-commerce.”

WARC’s headline GMI, which assesses trading conditions, marketing budgets and staffing levels, shows a consistent overall increase in growth since the start of the 2021.

November 2021 saw the highest index value - at 65.5 - since the GMI was first released, contrasting starkly with just 18 months before, when it crashed to just 19.7 to hit its lowest ebb in May 2020 at the height of the pandemic.

However, WARC highlights “a tale of two halves” - as a ‘zero-Covid’ strategy in APAC markets with imposed restrictions contributed to decreasing growth rates in the summer, but this bounced back as the year tailed off. Marketing budgets slowed in growth during the middle of the year but then bounced upwards from October, in contrast to Europe and America where growth rates peaked in July.

Europe began 2021 with the slowest rate of growth by region, according to the GMI, but showed acceleration from the spring, when most markets were exiting lockdowns, peaking in June. Since the start of summer however, growth for trading conditions slowed, with WARC predicting potential challenges for 2022 in the region when coupled with increasing staffing growth rates.

Staffing levels continued to grow at an increasing rate throughout 2021, despite starting the year in decline. In fact, from August this year, staffing levels saw their highest rates of growth since the start of the GMI in 2011. As the Great Resignation took hold, combined with skills shortages and increasing turnover. 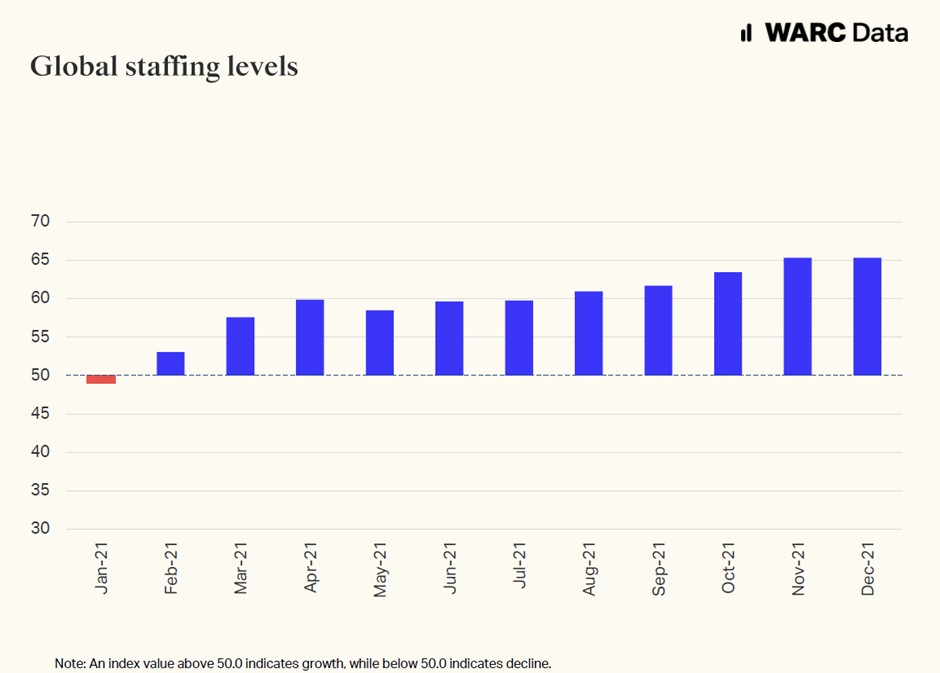 The Americas consistently outperformed Europe and APAC over the year, but staffing levels in other regions accelerated in Q4. McCready adds: "Increased staffing levels recorded globally make up for the impact of the Great Resignation, however, this could present productivity challenges in 2022, especially in the Americas, due to factors such as skills shortages.” 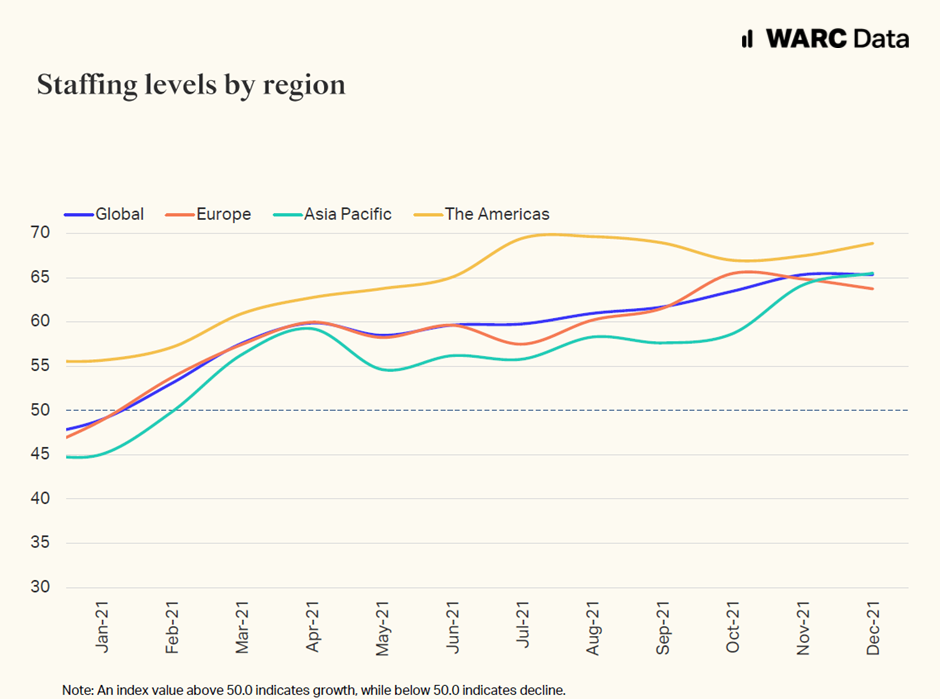 WARC forecasts no slowdown in staffing levels during 2022, with Brexit, work life balance and relationships between workers and employers all factors contributing to movements in various regions and potentially impacting productivity if businesses fail to retain their staff.

Cost of living crisis fuels UK searches, while people look for aid to get on the property ladder and travel still high on the agenda

34% of Brits spent more online in the past six months, but purchasing power likely to reduce