When COVID lockdown hit New York, theaters were rocked… and when restrictions were lifted there were no guarantees crowds would return.

Traditionally, more than two-thirds of tickets are sold to one million people across the ‘Northeast Corridor’ of the USA.

In regular times, these consumers would purchase tickets far in advance, but in the post-pandemic world they were in ‘wait and see’ mode and were hesitant about making travel plans.

So, to help trade body The Broadway League entice people back to the big shows, Resolution Agency launched a hyper-targeted performance campaign, announcing “Broadway is BACK!”. 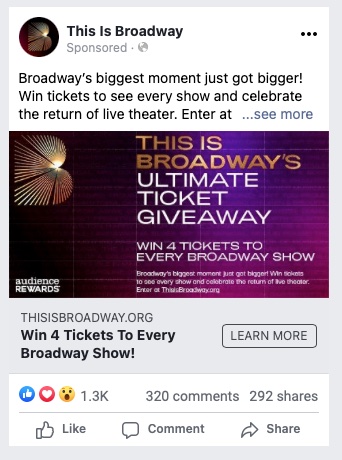 At its heart was a film celebrating Broadway shows, pushing users to listings site Thisisbroadway.org where they could enter sweepstakes to win tickets to every Broadway show – crucial for building The Broadway League’s first-party data.

Paid search would cannibalize individual theater campaigns, so the agency channeled budget into paid socials, consolidating first-party data and marketing budgets from all Broadway theaters for the first time to target theatergoers on YouTube and socials. 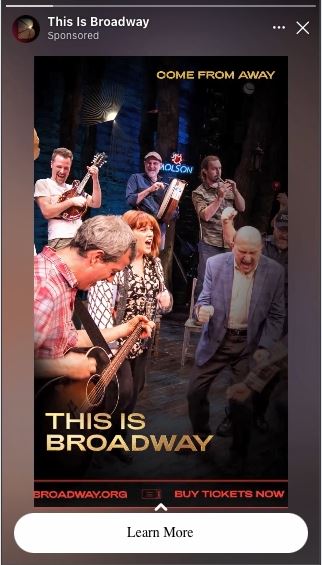 Specifically, the team targeted zip codes with a vaccination rate of more than 60% along the Amtrak line from Boston to New York – people who had an easy commute.

The team reallocated the budget where they saw click spikes, sharing shorter videos and cheaper ticket offers with younger audiences.

Resolution Agency supported its activity with programmatic display, press outreach, and free digital out of home. The crowds came back, with over $80m in ticket sales generated in the first eight weeks of Broadway’s return. Specifically, 9% of those sales were attributable to the campaign, marking a 517% return on investment.

Commenting on why Resolution Agency stood out from the crowd in paid social, judge Kyle Jackson, EVP, Precision & Performance Marketing for Publicis Media, said he “really appreciated the strategy and tactics the Resolution team took to pivot during the pandemic. The targeting of towns along Amtrak routes with high vaccination rates was really smart.”

What do businesses really want from performance marketers?