Google has added a "reject all" tracking cookies button in Europe after it was fined €150m in France by the data protection agency earlier this month.

The “deceptive designs” of cookie permission pop-ups made rejecting cookies complicated for web users, according to the nonprofit European Center for Digital Rights (NOYB).

It conducted a study which found that even though 90% of people clicked the 'Accept' button, industry statistics indicate that only 3% actually wished to agree with sharing their information.

Google is now rectifying that situation with a new streamlined process, introducing three buttons that lets users ‘accept all’ cookies or ‘reject all’ of them.

A third ‘more options’ button will be used for advanced settings, which can be individually toggled.

The company said it made all three buttons of the same size and shape and the buttons would be "prominent".

In a blog post, Sammit Adhya, Product Manager, Privacy, Safety & Security at Google said: "Soon, anyone visiting Search and YouTube in Europe while signed out or in Incognito Mode will see a new cookie consent choice. This update, which began rolling out earlier this month on YouTube, will provide you with equal 'Reject all' and 'Accept all' buttons on the first screen in your preferred language." 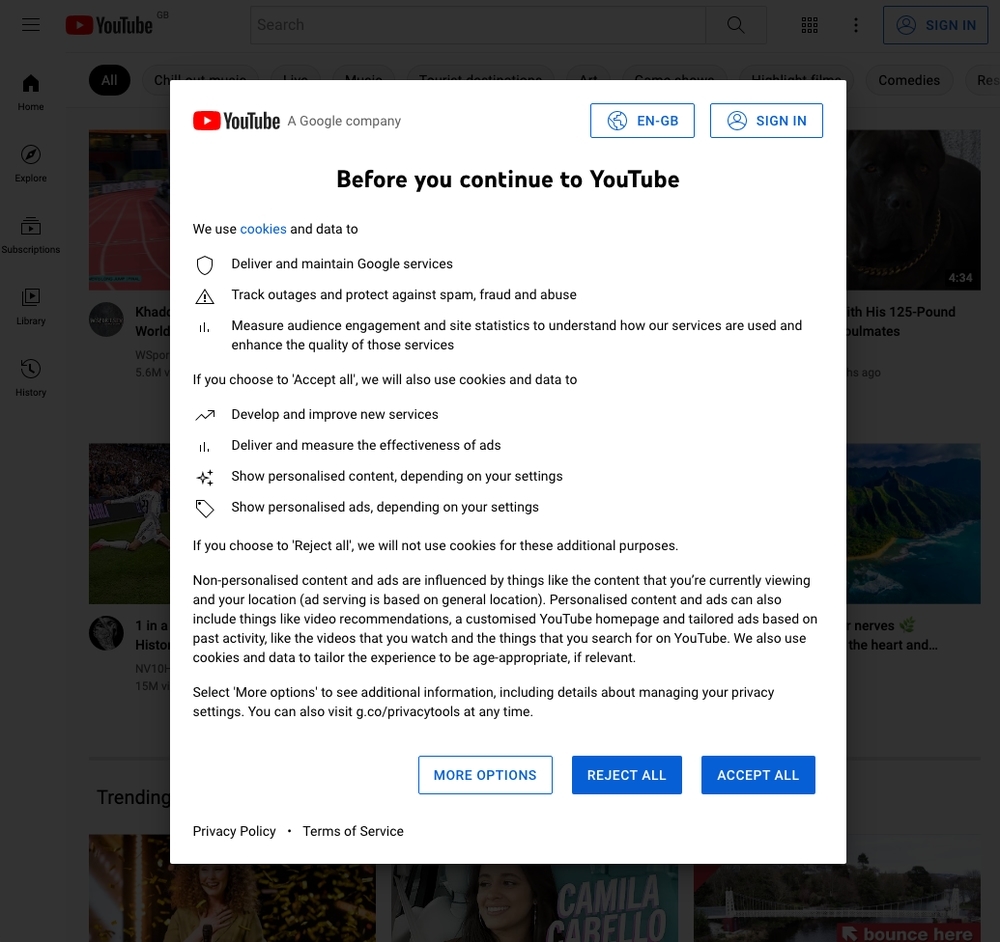 Google said this button is rolling out to users in France now and will soon make its way to the UK, Switzerland, and the European Economic Area.

The change will not affect the US as American privacy laws, which are less strict than its European counterparts.

Google has been under scrutiny with European privacy and data watchdogs across multiple fronts, including the safe transfer of data via Google Analytics and its cookie alternative solutions from Privacy Sandbox.

Consent pop-up messages themselves have been the focus of many complaints about the impact of EU privacy regulations.

Previously, accepting cookies was much easier than rejecting them. This spurred the French data watchdog, the Commission Nationale Informatique & Libertés (CNIL), to threaten fines. 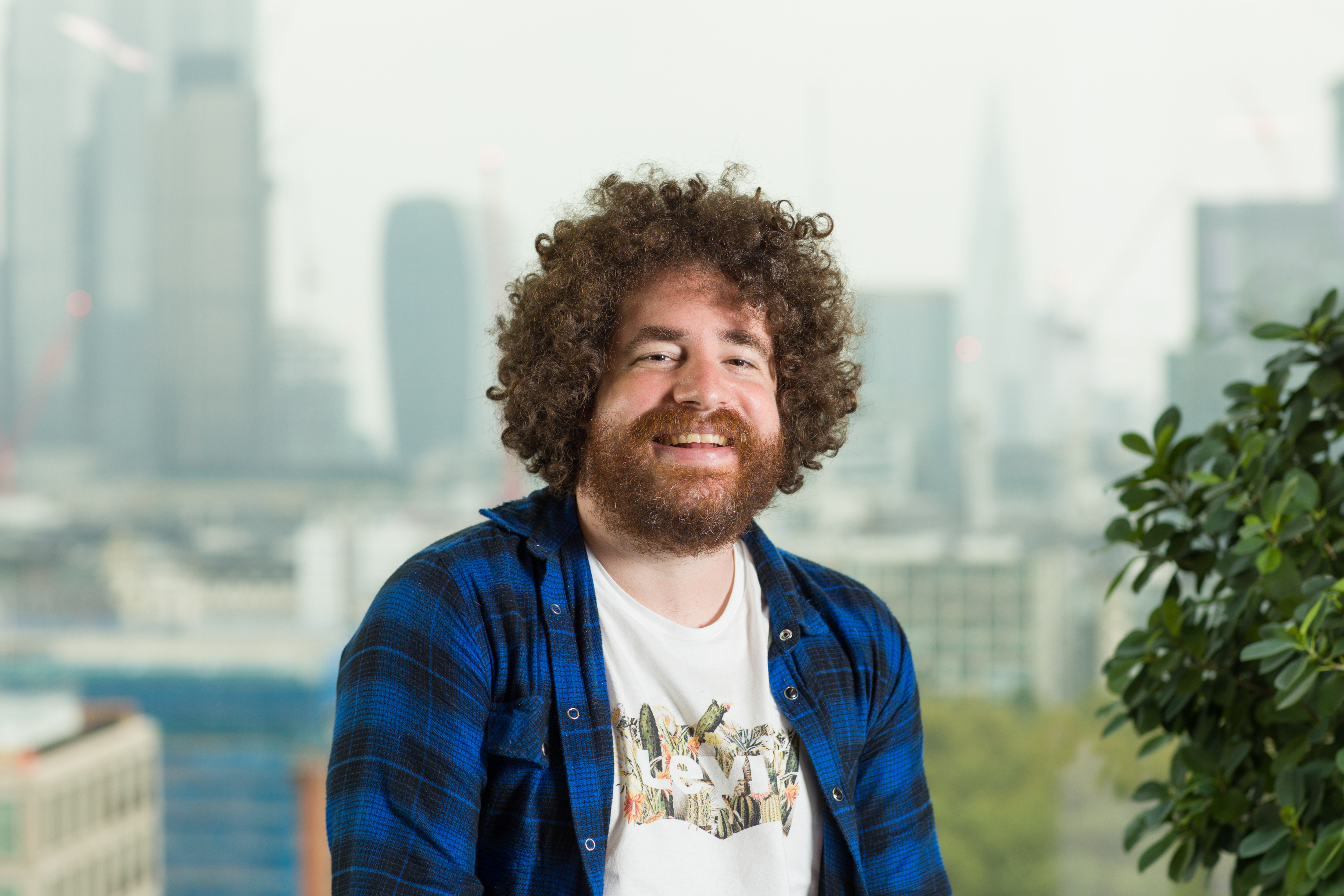 "We believe Google aligning itself more with European privacy legislation will improve trust European consumers can have in Google and other large international companies collecting data in Europe, and increased consumer trust will ultimately boost the quality of the entire digital marketing ecosystem.”

Matt Nash, Managing Director UK, Scibids, said: “It’s no secret that users dislike complicated or unclear consent forms. With that in mind, this is certainly a step in the right direction, benefiting consumers across Europe. However, from the point of view of brands and advertisers, the ecosystem needs to start behaving as if Google has already deprecated third-party cookies, building working practices that put privacy front and centre. This means developing strategies and using technologies where PII (Personal Identifiable Information) is no longer fueling targeting. 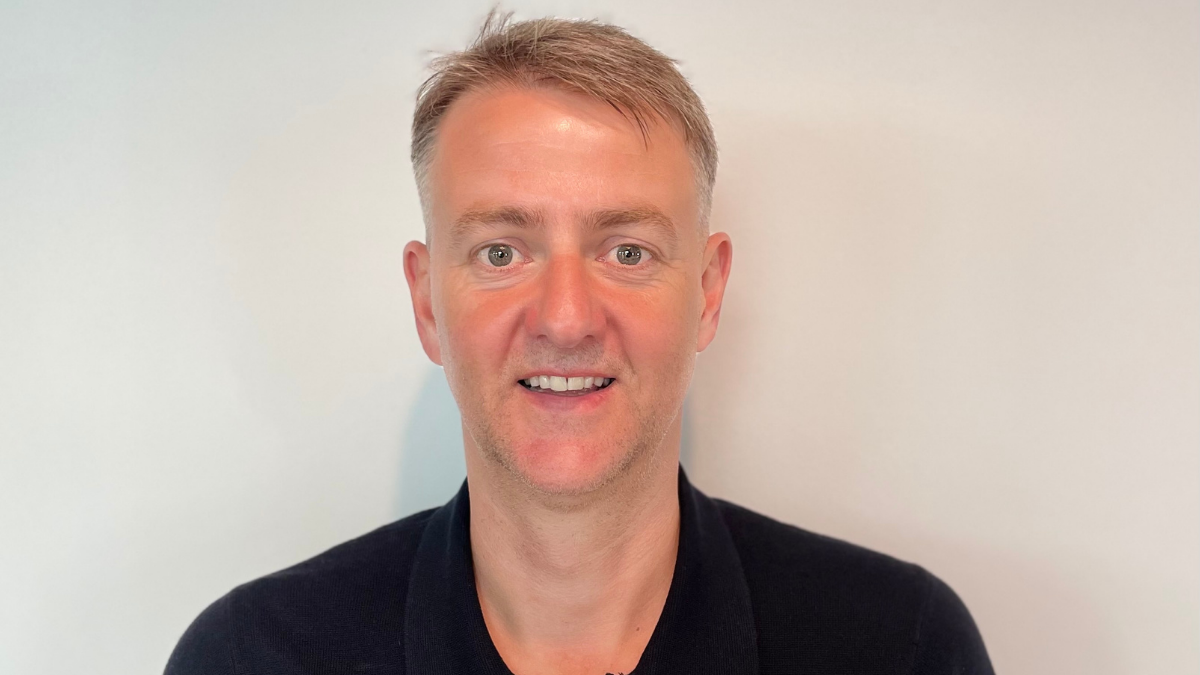 “Invariably, the data that is still available will need to be privacy-friendly, such as contextual signals and first-party data, and will be kept in disparate systems. Powerful AI can then turn this data into an incredibly usable and effective resource without the need for third-party data. With these options already available, the transformative changes we’re seeing in 2022 shouldn’t come as a surprise to advertisers – acting slowly could be costly.”

Joe Root, Co-Founder & CEO of Permutive commented: “Google creating a ‘Reject All’ cookie option signals a move towards consent that will have huge ramifications for the entire ad tech ecosystem–the impact of which will be bigger than the deprecation of third-party cookies. If Apple’s anti-tracking moves in mobile show us anything, it’s that when given a choice, consumers will opt-out. When consumers opt out, advertising stops working.

“With big tech taking steps to comply with data laws, the ad tech industry must adapt now or risk their businesses. In addition, advertisers must prioritise building relationships with those who have and can continue to collect consented data and contextual insights, especially in an age where consented user data is increasingly becoming an invaluable commodity.”

Luke Hills, Head of Growth, Adludio, added: “Google is showing signs, with this latest change to their cookie opt-in process, of adhering to EU law, which should be seen as a positive step. However another opt-in pop-up is likely to frustrate and annoy people. Therefore, the focus needs to be on educating people on what exactly happens to their data and how it's used for the purposes of digital advertising. Although these measures are necessarily based on the years of monopoly in the ad space by the likes of Google, there must be more of a focus on choice across both sides of the digital value chain as the EU takes a leading role in levelling the playing field. This provides independent global technology business value. Nevertheless, these changes only put more focus on innovation, creativity, and context in a post-cookie world and creative technology companies sit at the heart of these changes.”