Eight of the world’s Big Tech giants accounted for 6% of global adspend in 2021, as their investment in ads soared by almost 50% year-on-year. 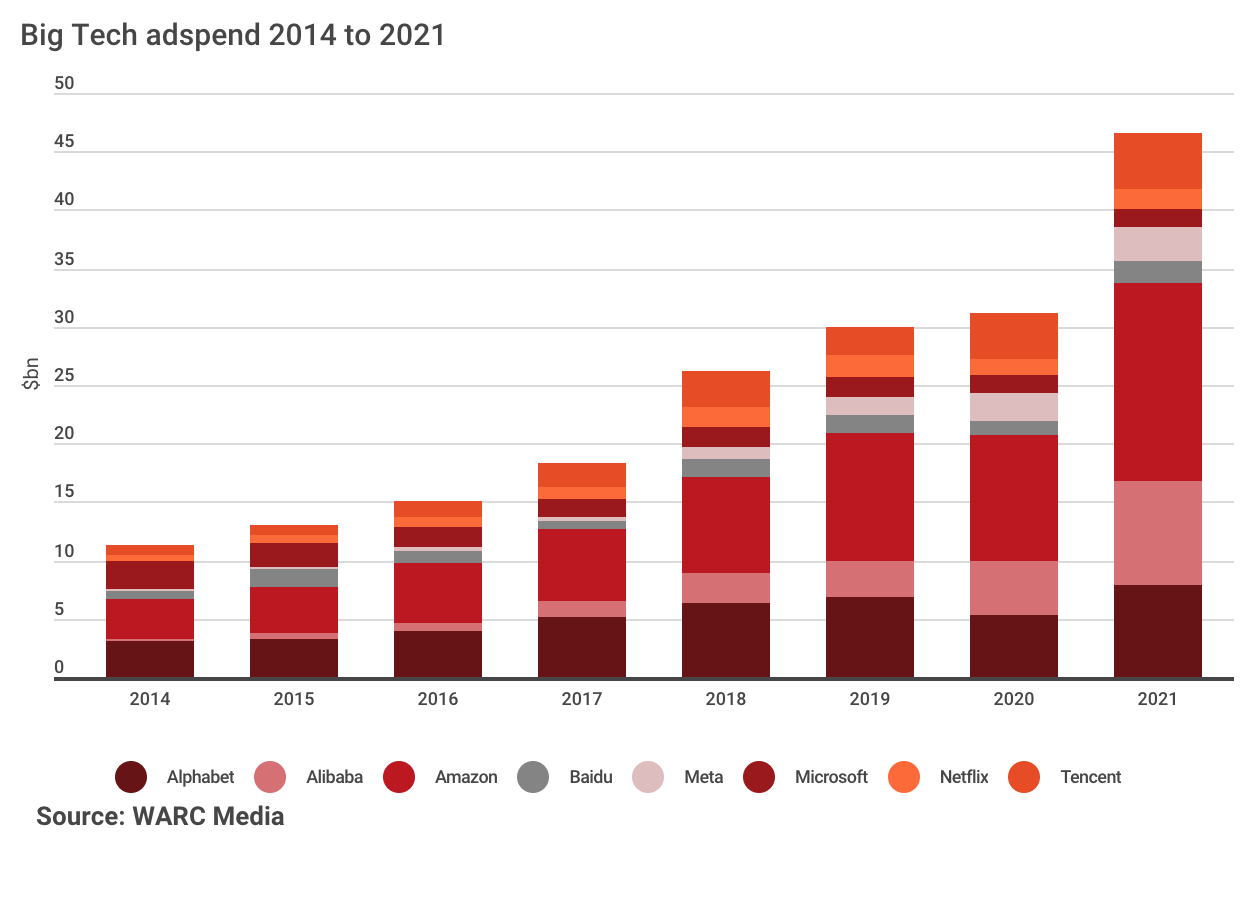 Big Tech’s ad investment outstripped that of the food industry and the travel and transport sector, but the automotive industry is still a bigger spender of ads, investing $55bn in 2021.

It forecasts that on its current growth rate, adspend from Big Tech companies will surpass 10% of global investment by 2030. It finds that adspend by Big Tech firms was up 49.4% in 2021 compared to 2020, a faster rate of growth than media and publishing (34%), technology and electronics (26%) and retail (21%).

“Self funding’” Amazon is the world’s biggest ad-spender

Amazon’s adspend hit $16.9bn in 2021, a 55% leap year-on-year and a staggering rise from the just over $3bn spend made in 2014. The Big Tech giant accounted for 10.4% of worldwide adspend growth and last year, said WARC Media’s research, became the largest-spending advertiser within a 12-month period in history.

The report pointed out that Amazon’s ad spend looks to be “self funding”. It said: “Its investment in ads helps to draw shoppers to its e-commerce platform, which in turn increases the revenue it gains from its growing range of retail media ads – as well as ad spend on products like Twitch and Freevee. This model may offer lessons for Netflix in its potential pivot towards ad monetisation.”

Alibaba was the second biggest Big Tech ad spender of the eight that WARC analysed. The Chinese-based Big Tech firm invested RMB 57.1bn ($8.8bn) last year, 84.4% up on 2020. Alibaba outstripped Google-owned Alphabet in terms of share of adspend by Big Tech for the first time last year, accounting for 19% of Big Tech’s adspend in 2021.

The report highlighted that adspend by Chinese-based Big Tech businesses including Alibaba, Baidu and Tencent is growing at a faster rate than US-based competitors. 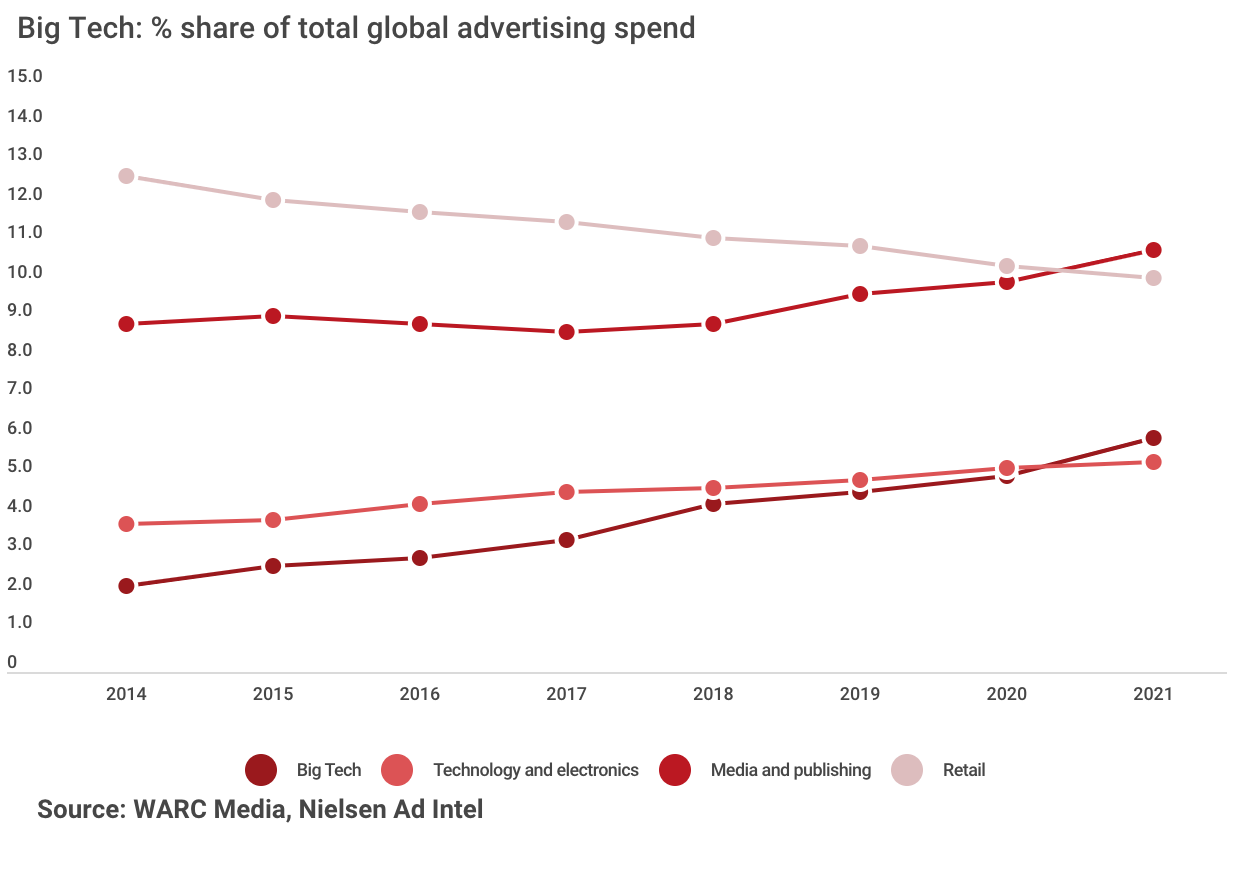 Microsoft is the only Big Tech firm of the eight that dipped its adspend year-on-year in 2021, investing $1.5bn, though this could change with its growing ambition in the metaverse arena, and its possible acquisition of gaming company Activision Blizzard.

Decline in adspend as percentage of sales

Despite the growth in adspend by Big Tech, the eight firms collectively saw a decline in their investment as a percentage of total sales. Revenue is growing for Big Tech, said the research and it is possible that these businesses don’t deem it absolutely necessary to maintain adspend relative to sales, as other categories including consumer-packaged goods or automotive may do.

Alex Brownsell, Head of Content, WARC Media said: “Big Tech businesses have come a long way from being ad investment sceptics, to ranking among the biggest-spending advertisers in the world. As their dominance of the mobile-first digital commerce marketplace increases, so too their share of total global ad spend is likely to grow.

“It underscores that, while digitally-native brands can succeed in the short-term without the support of ad spend, long-term success often depends upon a willingness to invest in performance-enhancing and brand-building advertising.”

Ad budgets are up, but actions are down: UK’s 21% rise beats global brand norms

Adspend by Big Tech makes up 6% of investment worldwide