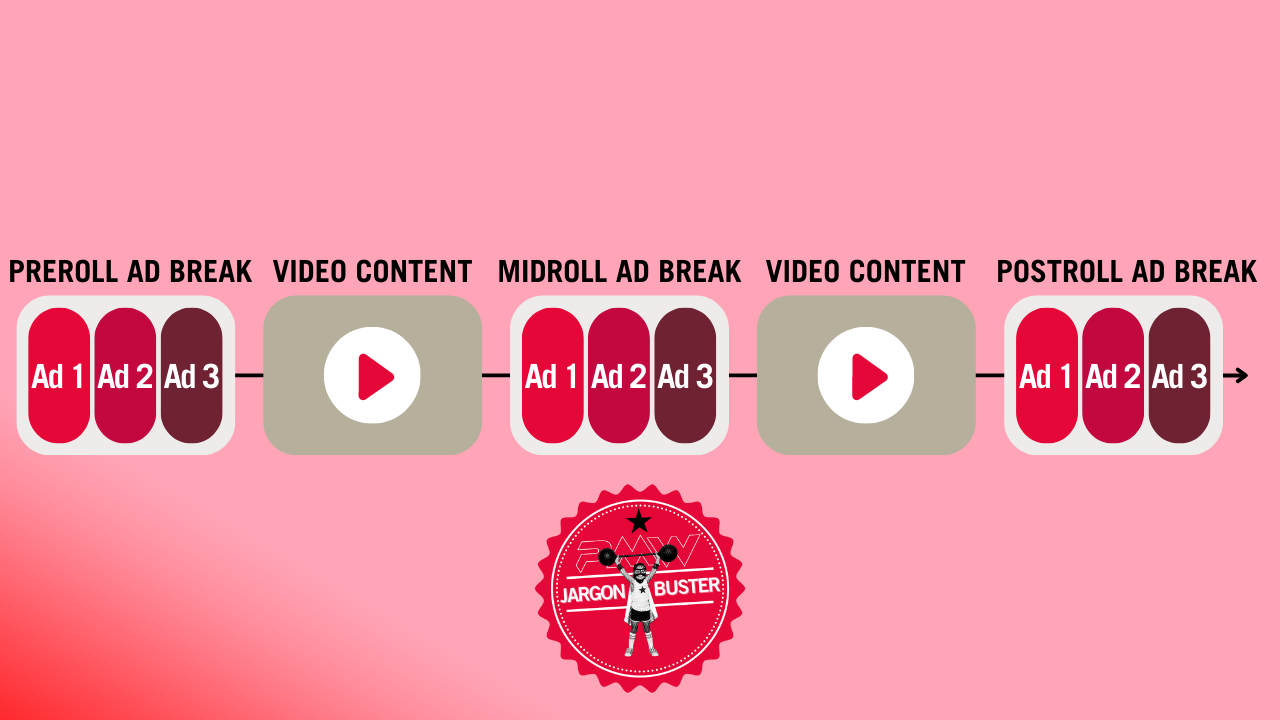 Often used by publishers offering video ad slots, ad podding provides the ability to return multiple ads from a single ad request. Those ads are then played in sequence, similar to a linear TV commercial break.

Why would I need this?

Every time you’re watching a video online and get more than a single ad back-to-back, you are watching an ad pod. By grouping ads into pods, publishers get the chance to serve more ads in a single ad request and boost revenue.

Without podding, an individual request is sent for each ad within the break. As a result, these ads could be the same or competing ads, calling for impressions as a pod provides a mechanism to organise and separate those ads.

In addition to minimising ad fatigue due to de-duplication, since ad pods mimic the traditional linear TV commercial delivery format, the user experience is familiar for viewers.

Ad podding tries to mimic the familiar experience of commercial breaks of traditional TV in the digital video and OTT space. The most significant difference between the two is that podded ads need to adhere to the rules and best practices of the digital video advertising space (e.g., Better Ads Standards).

The publisher sets up their ad tags into an ad pod through their video CMS, customising various parameters for each of them, like maximum pod length, the number of tags within each pod, and individual ad length. Each of the ad tags within a pod is assigned a “sequence number.” Once a user plays the video, the player will make ad calls for each of its tags in the previously defined order.

For every successful ad call, the player will serve an ad as long as it fits into the ad slot (for example, if a 60-second ad returns for a 30-second ad slot, it won’t be played).

If an ad call comes up empty or an ad doesn’t play because it doesn’t meet all the requirements, the ad pod will move on to the next tag in the sequence.

What’s the state of play for CTV across Europe?