To drive quality traffic to its flagship media property, Flash Rewards, Fluent needed to identify and target users interested in signing up for its rewards program. Fluent partnered with LifeStreet to run rewarded in-app to mobile web campaigns. With a simple display ad, LifeStreet succeeded in reaching Fluent’s goal of 100% day one ROAS.

Several months after the campaigns launched, performance plateaued and CPRs (cost per registration) started to increase. The LifeStreet team evaluated both campaigns and identified creative template optimizations as an opportunity to drive the largest impac on performance.

Based on LifeStreet’s creative testing history, and proprietary research on competitors’ creative, the LifeStreet team designed a creative template featuring an in-app display ad that matched the appearance of the landing page (referred to as the “prelander”).

Before applying the prelander template to each of the two campaigns, LifeStreet ran a series of A/B tests to determine the efficacy of the new ad template when measured against the advertiser-provided ad. 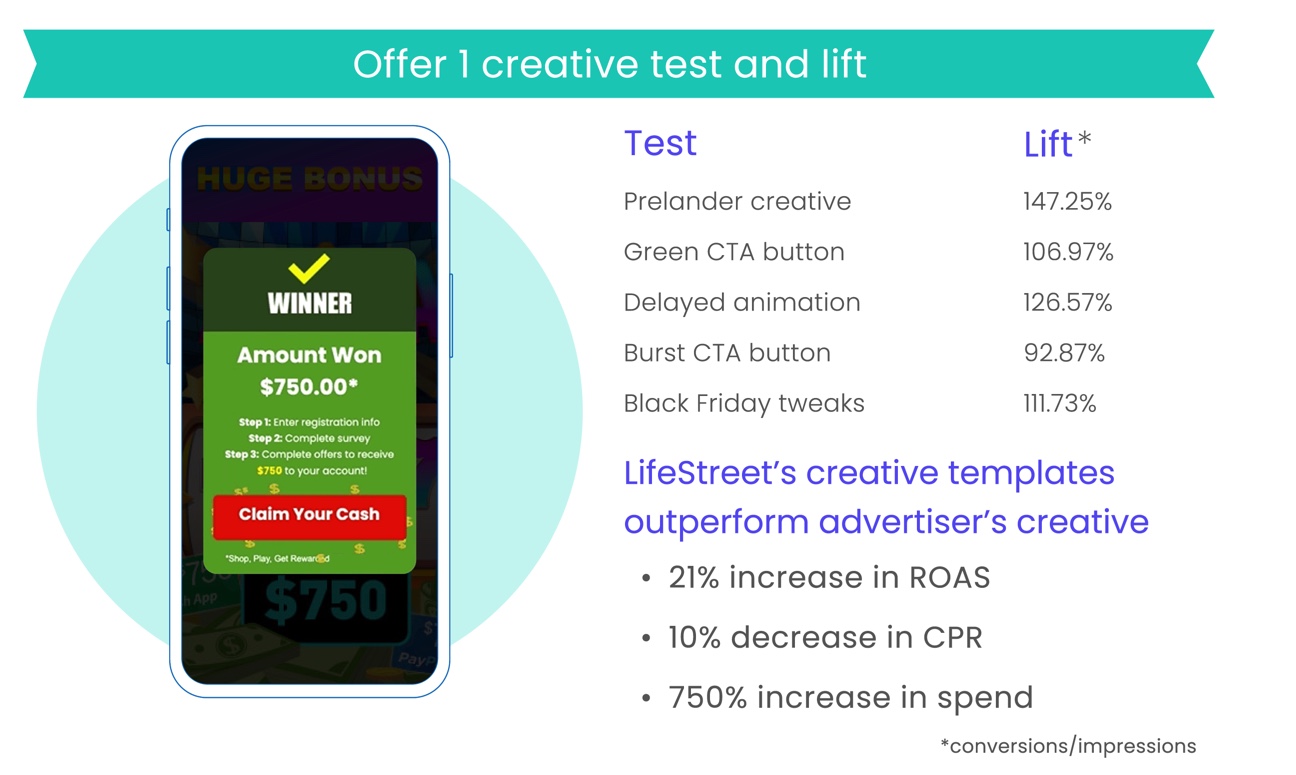 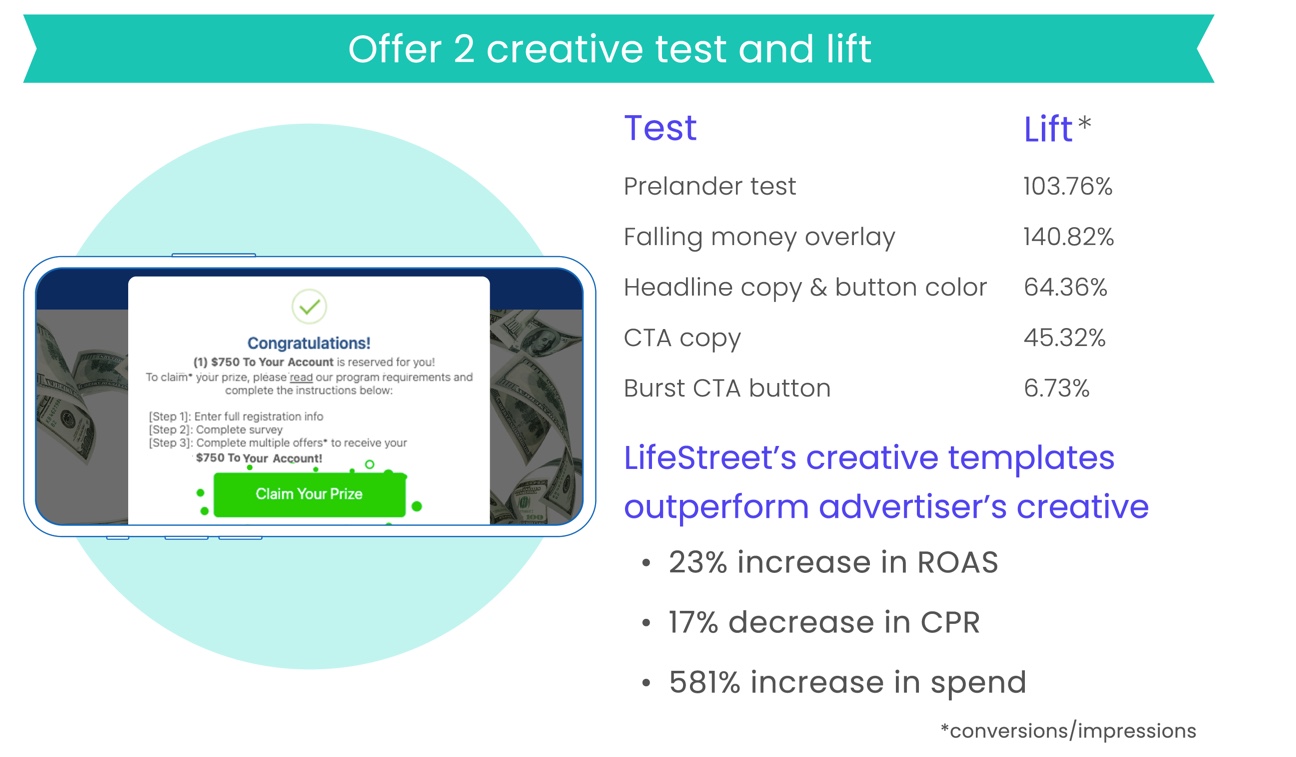 The results of LifeStreet’s A/B prelander test saw huge lifts in yield (conversion/impressions). After finding that the new creative template outperformed the original ad, LifeStreet continued to test various elements such as CTAs, animation, and copy.

Tony Tang, Senior Manager, Growth Marketing at Fluent, said: “LifeStreet’s customer success team worked closely with us to ensure we were set-up to benefit from in-app audiences despite not running a traditional app install campaign. By driving our in-app target audience to our mobile web properties, we were able to exceed our ROAS goals, which directly contributed to exponential increases in spend.”

Paid Media Executive - £30k to £40k - Hybrid Plumbers, Electricians, Builders, Painters. All in one place! Having turned over £50mil in 2020 and grow.

Looking for an SEO expert to join our fabulous client as Head of SEO.

We are seeking a dynamic and collaborative marketing Senior Campaign Manager.

We are seeking a purpose-driven and analytical Campaign Manager.