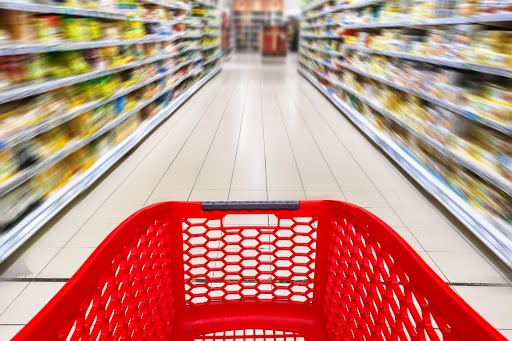 The advertising industry’s predictions around the future of our craft are often premature rather than incorrect. Thinking that the metaverse is the next horizon in marketing reminds me of a time when the blockchain was due to revolutionise all media supply chains, or when QR codes would shape interaction between consumer and advert.

Often, we talk about real opportunities way before their application is obvious, so it’s tempting to dismiss them as fad: in the case of the QR code, our adoption changed dramatically as the pandemic cemented their use.

Unforeseen events often accelerate the purpose of a particular innovation.

As we are all observing, something very similar is taking hold in retail media, a very unsexy title for a category of media that is flourishing in the demise of the third-party cookie. It’s also benefiting from a quest for reach as broadcast platforms continue their fragmentation.

The power without the punch
Advertising’s most effective weapon is the combination of large-scale reach with impactful message. Retailers have for a long time known the power they hold within vast quantities of transactional data but have only flirted with the task of building a scaled media product.

That is understandable. If you are competing for a share of spend against a growing Meta, ITV, Google et al and your day job is selling goods, the task seems a distraction. Better to hold that data to the benefit of your own promotional activity.

This was even true of Amazon. Not too long ago any media practitioner would have to work hard to extract campaign data from a sprawling business that was busy deploying its resources elsewhere.

But now we know what advertising means to Amazon: $31 billion, at +18% in the most recent quarter. Rather than feel like an afterthought, the stellar growth of this division has seen it capture the attention for development alongside Amazon Web Services (AWS), retail and Prime. Expect it to grow even faster as advertisers question the ability to optimise across Meta’s platforms as they count the cost of Apple’s approach to privacy.

Many of the UK’s retail champions have seen the opportunity, charting courses set by the likes of Walmart in the US. Boots has 14 million fully opted in Advantage members, Tesco has 20 million Club Card members, Nectar has 18 million members. All are sharing incredible transactional data with these retailers on a first-party basis, data that is now underpinning media platforms of huge scale.

Right here, right now
But these retailers have had this data for many a year, so why does the time now feel right?

Because advertising spend is undergoing a sizeable migration, led by the sophisticated advertisers that need the greatest scale but have the most limited data relationship with customers: consumer package goods companies.

If you have limited data about your end customer, you are attempting to reach them in channels where there is high demand for declining audiences, or within platforms that have a diminishing view of effect, but still require scale and impact to grow… then there really aren’t many places better to test right now than a suite of formats with a nationwide retailer.

Thus, many are doing so.

For retailers to establish these platforms long term then formats do indeed need to improve, retailers need to build media sales capabilities and they need long term commitment at the top of their businesses. But Tesco’s recent release of its Dunnhumby Sphere platform in follow up to the launch of a consolidated Media offering, or Boots’ recent partnership with Infosum to augment its Advantage customer data shows real intent from two of the UK’s retail champions.

I actually believe this industry is pretty good at avoiding fads, just don’t bank on the age of the metaverse and miss out on platforms whose day has come.