EA Sports and Kinetic have launched an out-of-home (OOH) campaign for the FIFA 23 video game, balancing performance and branding techniques, with OOH deemed the most inclusive channel by default reaching 98% of UK adults, according to the companies.

With the men’s World Cup fast approaching and fans still basking in the Lionesses’ victory at the women’s Euros earlier this year, the campaign – in conjunction with mSix&Partners – follows the inclusion of women’s club football for the first time in the game’s history.

Featuring football stars Kylian Mbappe, Jack Grealish, Sam Kerr and Chloe Kelly, the campaign has been running since late September and is due to finish on 8 November to drive awareness of FIFA 23.

It balances performance and branding by using reach-driving formats like buses, impact-driving formats like large format digital to hero the players using full motion video, creativity through special builds and lenticulars, and programmatic OOH to skew its audience-led approach.

Cheryl Crilley, Business Director at Kinetic said: “Our work plays to all the key strengths of our channel – awareness, fame, creativity, inclusive marketing – whilst blending in a flexible and audience-led approach through programmatic OOH.” 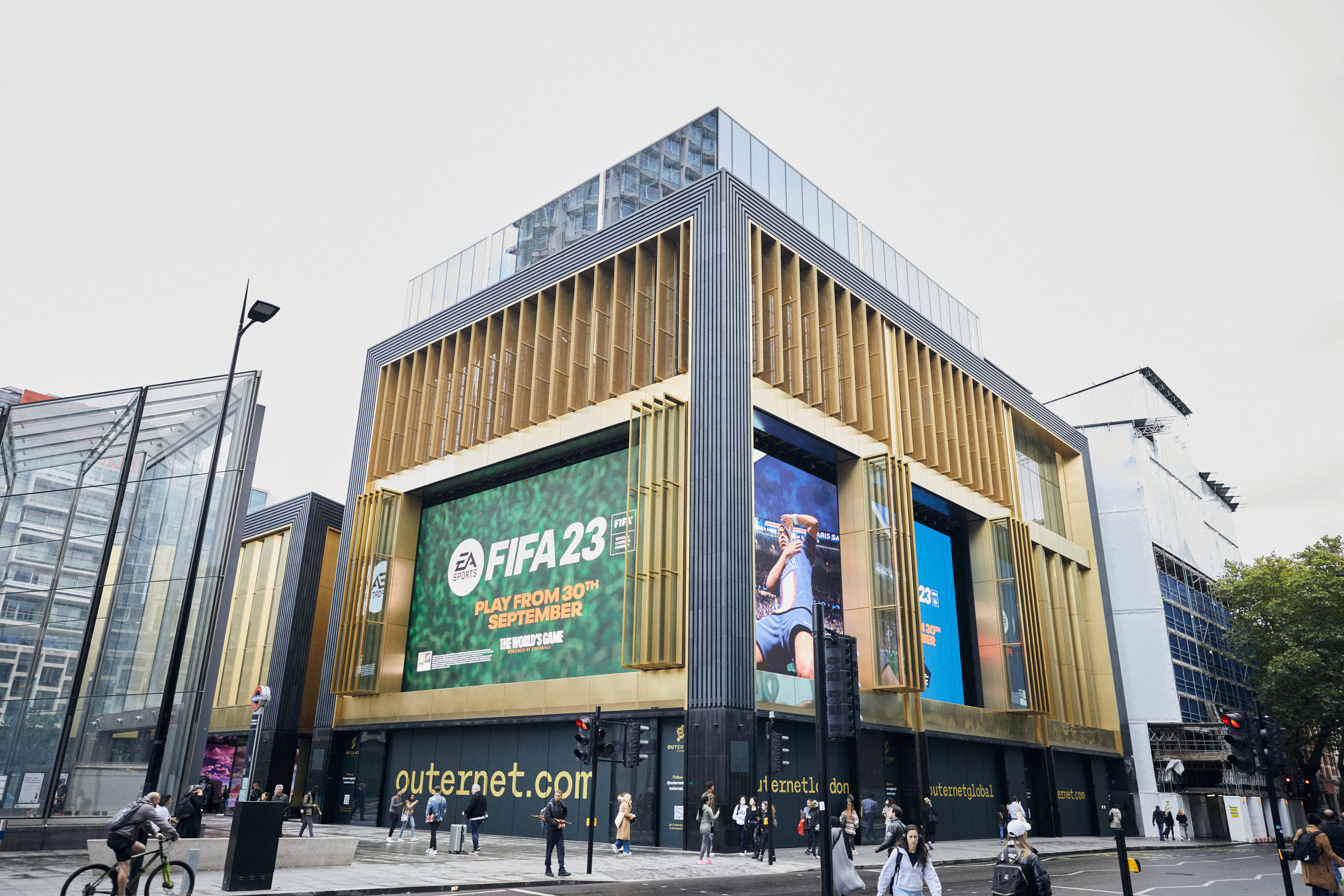