Essence was founded in 2005 with a mission to make advertising more valuable to the world. Today, the agency offers ‘full-service’ media partnerships, combining end-to-end strategy, media, creative and content services, alongside ‘à la carte’ consulting solutions, which are customised to meet the specific growth and data strategy needs of in-house teams.

In November 2021, it launched Essence Consulting, which operates in parallel to the agency’s full-service media offering and saw a first year of outstanding success. The agency was appointed by Mars, MPB, RHS and Fitbit and expanded its remit with the Financial Times.

Campaigns in the past year include the launch of EE’s new ‘Full Fibre’ broadband and helping more than 2,000 children become Phonesmart through social partnerships. The agency also built a ‘Custom Medal Engine’, social media partnership plan and digital platform to connect millions of fans virtually around the world during the Tokyo Olympics.

Owing to its momentous growth, Essence has increased its UK headcount, looking at as many female and ethnically diverse candidates as males to give everyone an equal chance.

Essence launched a number of sustainable media initiatives, including a new sustainable marketplace, focusing on reduction and regeneration in the programmatic industry. Another project is the development of a carbon emissions reporting and digital optimisation tool, and actively reducing creative assets in campaigns. 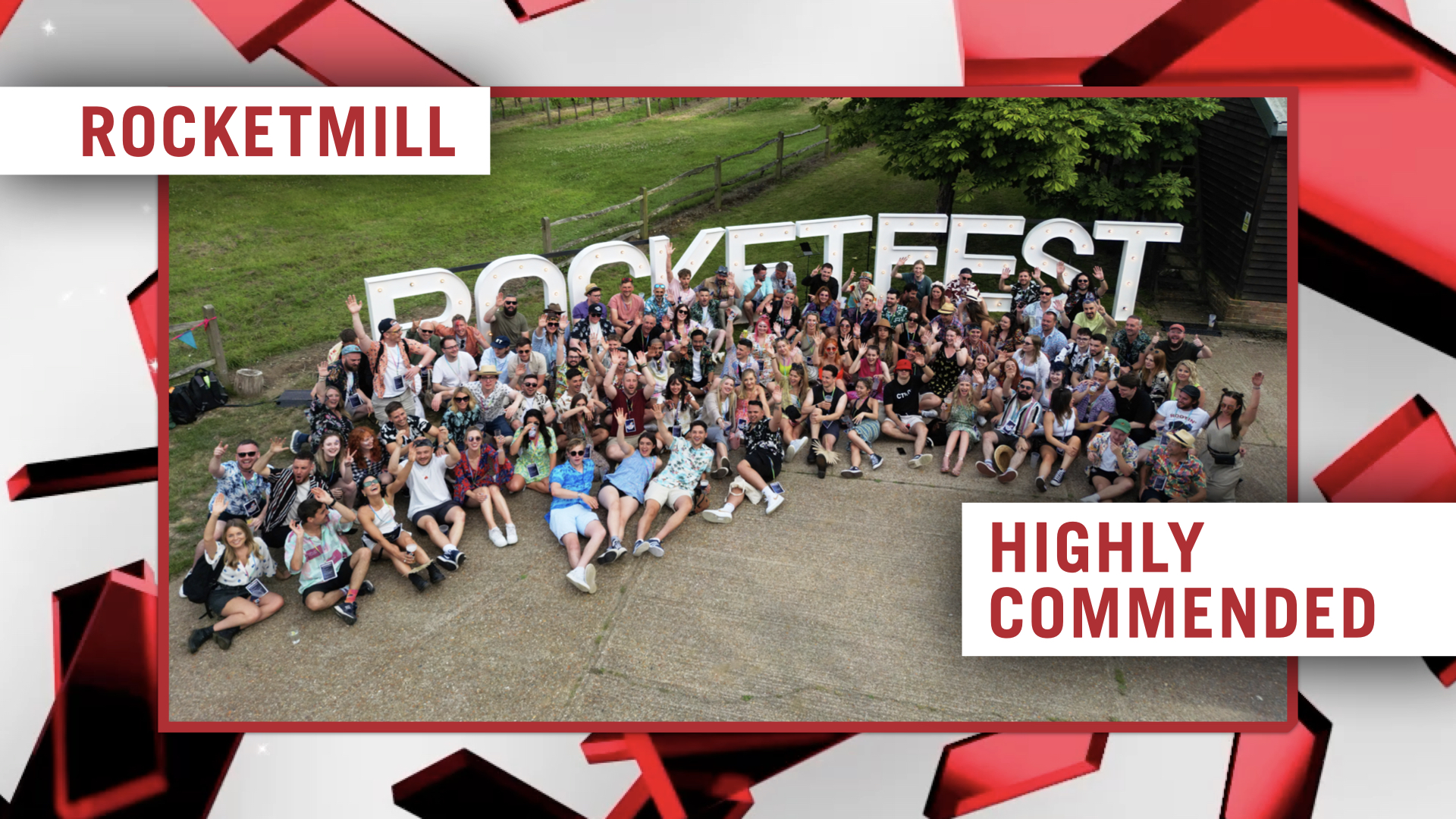 RocketMill is the UK’s largest employee-owned agency, an attribute that has supported its market leading annual staff attrition of less than 10% and led it to become one of the UK’s fastest growing independent marketing agencies.

Led by CEO Tom Byrne, RocketMill’s team of more than 150 digital professionals successfully unite traditional creative with analytics-led, data-driven performance marketing to provide brands with a connected solution, using a strategy it calls Total Performance. This strategy, coupled with its People First Proposition, has led to a sizable increase in revenue growth year-on-year. Its average client tenure is three years and its retained client retention rate sits at 80%.