With the 2021 Olympic Games taking place behind closed doors, without fans, the International Olympic Committee’s (IOC) marketing ambition was simple: to bring people together once again, irrespective of their physical distance, and drive unity through connection with the Olympic Games.

The IOC wanted to engage with over 4 million people around the world virtually and inspire young people to get engaged in the next Olympic Games. Essence built ‘The Custom Medal Engine’, a first-of-its kind bespoke tool for the automatic generation and publishing of localised Facebook and Instagram ads that display event results as soon as a medal is won in the audience's country.

With 1080 medals up for grabs and no way of predicting the results to pre-plan production and campaign setup, Essence needed to create reactive ads that would be timely and relevant across multiple countries and languages. It used Olympic data such as medal name, country, flag, discipline, event and athletes, across 29 disciplines and localised for eight countries. This powered just under 8,000 unique variations and automatically generated posts. Essence also circumvented Facebook’s usual 24-hour approval timeframe by negotiating pre-approval to ensure there were no delays.

Tokyo 2020 was the most digitally engaged Olympic Games to date, with audiences interacting with the Olympics like never before. Judges said the campaign was a great example of fusing creativity and data in really innovative ways against a tough brief. 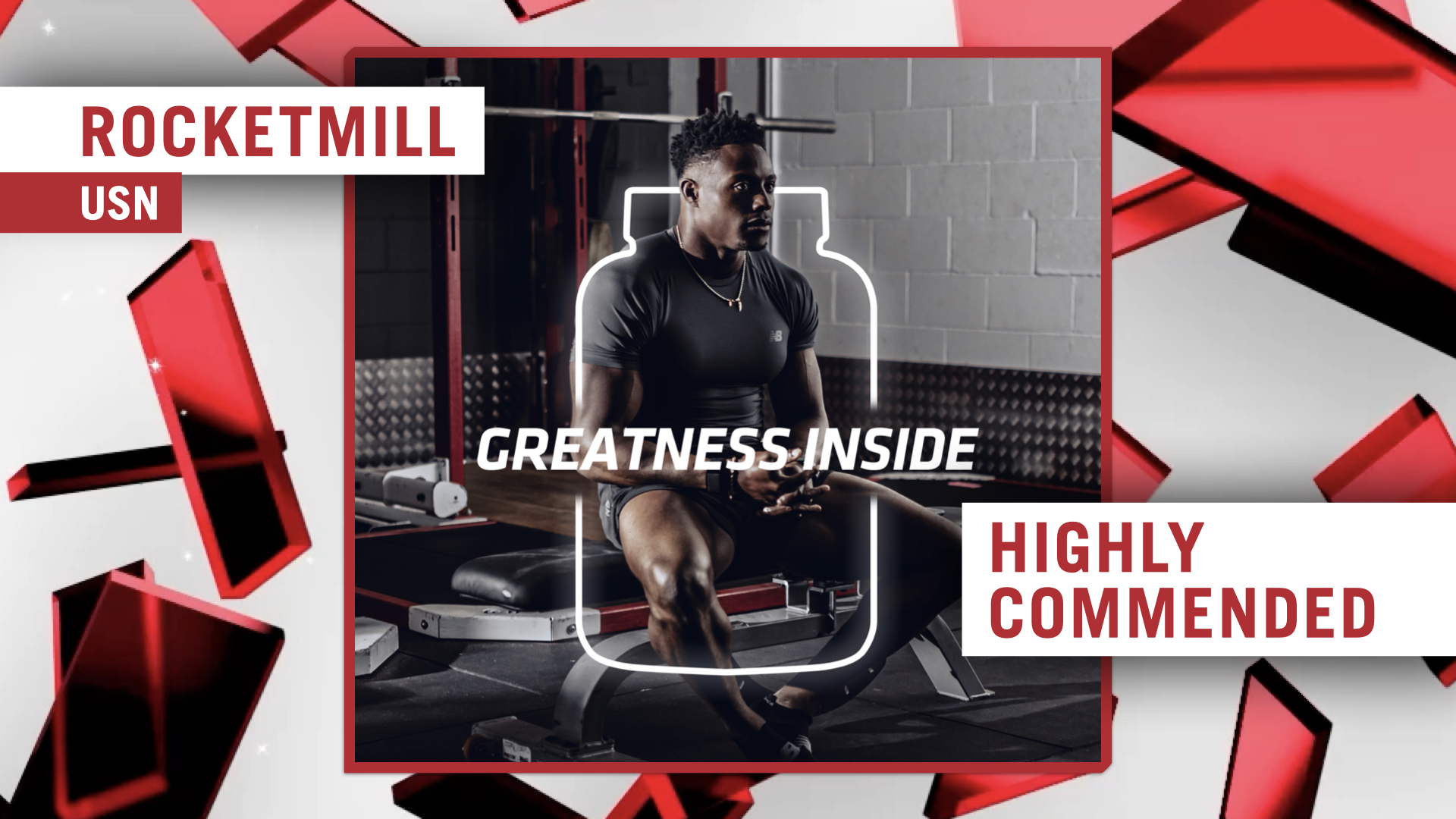 Sports nutrition brand USN faced a challenge in the UK market. With loyal customers in body building, they were experiencing a decline in overall market share due to growing competition from other brands increasing their focus outside of a bodybuilding audience.

To remain competitive, USN partnered with RocketMill to find, engage and sell to new audiences. The campaign, centred on a brand idea of ‘Greatness inside’, launched across YouTube, putting brand and product focused ads in core placements and supplementing these on Facebook, Instagram and TikTok. Earned and shared media then focused on brand positioning, engagement and organic reach, with value added content including recipes, challenges and workshops. Judges commended the campaign for its clear insight and said it ‘delivered amazing revenue results.’