With a digital marketing culture embedded in direct roots and a population relatively at ease with privacy issues, Japan is a lucrative country for brands looking to expand their global audience reach, but unique challenges remain in this highly tech-savvy country.

As part of PMW’s new Global Spotlight series, we delve into the popular channels, biggest challenges and recent success stories to help performance marketers optimise their investments and plan future growth in the region.

Overview of market and consumers

Japan is a high-income society and Japanese consumers like to spend on high quality goods. The country is the third largest luxury goods market globally, and it has been referred to as "the ultimate consumer-led society". Japanese people still spend a huge amount of their income on consumer goods, with consumer spending accounting for around 60% of Japan's economy.

But one of the biggest challenges Japan faces is that the population is shrinking continuously, and with it the number of consumers. The country faces a demographic time bomb of a low birth rate and a population with the highest proportion of older people in the world.

Young professionals are an important market for retailers, and consumer trends in this group rise then fall quickly, setting the pace for the rest of Asia. The biggest consuming age group is made up of people in their 60s and 70s due to the amount of wealth that is locked up in families.

What media channels are most popular?

LINE is the number 1 messenger app in Japan, with over 70% of the total population using the app, rising to more than 90% of those in their 30s.

According to I&S BBDO's digital team in APAC, "as of last year, SMS ads made up a third of Japan's internet advertising spending – LINE was the most popular. Mobile ads, video ads, and ads using new technologies and data applications keep growing".

In Japan, the shift to smartphones began around 2008, and the share of iOS was overwhelming due to the aggressive marketing activities from Softbank, a Japanese telecommunication company that had an exclusive right to distribute and handle iPhones and iPads at that time.

Over the last few years, Android's share has increased, mainly due to price hikes, to 35% compared with 65% for iOS. But from the global standard, the iOS is still favoured.

According to Yoshiki Okayasu, Head of Digital, Innovation Intelligence Unit of TBWA\Hakuhodo, live commerce is gaining momentum in Japan, amplified by the outbreak of the pandemic, although Japan’s live commerce is not as heated as in China.

"Some of the more successful brands who have dipped their toes into live commerce  were mainly from the apparel industry (Muji, Uniqlo, or Ships), or cosmetics (Shiseido, Fancl)," says Okayasu. "During the pandemic, department stores and  large  supermarket chains also began to invest in live commerce with some success."

Gaming is an integral part of Japan’s culture and being the home country of Nintendo and PS, there are many enthusiastic fans, but e-sports culture is still in its infancy.

"However, we are witnessing the number of e-sports professionals increasing," says Okayasu. "And it will no doubt catch up with the rest of the world in the near future."

With its distinct and strong TV network culture, CTV is evolving in a very unique way in Japan, compared to the rest of the world or even to Asia. However, viewership is declining due to FireTV, AppleTV, or other subscription services. As a result Japanese TV networks will be forced to make a major paradigm shift, and CTV viewership is expected to rise immediately.

Adspend itself has been slowly growing. "One trend is that the adspend on digital has finally overtaken TV," says a spokesperson for Dentsu.

Currently, adspend in order is:

v"As for digital advertising in Japan, in the programmatic domain, Click Charge ( the same as CPC billing) menus are the mainstream,” says Okayasu. “This is because digital marketing in Japan started from direct marketing. And due to this, there is a strong emphasis on clicks and conversions.”

However, recently, network operators are shifting to video options due to its usefulness for branding, its infrastructure development, and the fact that video contact on mobile phones has become commonplace since 4G/5G.

The Japanese government has revised the Personal Information Protection Law, which came into effect in April 2022, fuelled by the GDPR regulations and California’s CCPA rules, and companies are now required to ask for permission for the external use of cookies on their websites.

"However, consumers and society as a whole are less worried compared to the rest of the world due to the late resolution of the Personal Information Protection-related legislation and also the fact that Japanese platformers have been able to respond to global news on digital privacy and data privacy issues," says Okayasu.

"Generally, Japanese consumers don't worry too much about big data, thanks to current legislation and most people think getting personalised offers is worth the accumulating data," says I&S BBDO's digital team.

"By the end of next year, IDFA and Chrome will ban third-party cookies, which we know will affect retargeting and conversion measurements so marketers will have to find alternative solutions."

In addition to the Personal Information Protection Law revised in April, the Japan Joint Industry Committee for Digital Advertising Quality & Qualify (JICDAQ) was established last year as a way to ensure healthy digital advertising growth, placing a greater emphasis on brand and customer safety and ad verification for digital marketers.

"In the phone and messenger category, there is a power structure of Chinese versus other Asian countries, with South Korea's LINE being the most used in Japan, Thailand, and South Korea. WeChat, on the other hand, is not used at all in Japan," says Okayasu.

"The first boom in Twitter use was in 2007, but after the 2011 earthquake, Twitter has been used as a lifeline and for real-time information. In addition, and more recently, GenZs have been using the platform in multiple ways, creating multiple accounts to express their various characters or couple accounts, etc, leading to the increased number of MAUs due to their own evolution.

In payment services, carriers, messengers, and second-hand market vendors have all been entering the market, creating cutthroat competition among the service providers. In the area of web services, Alipay, PayPay (Yahoo!) and Suica, promoted by Japan Railway (JR), are the main players."

'WinTicket' is interesting, not in the sense of a digital alone but as an open market operation (OMO) in general. It’s a bicycle race tickets service app. 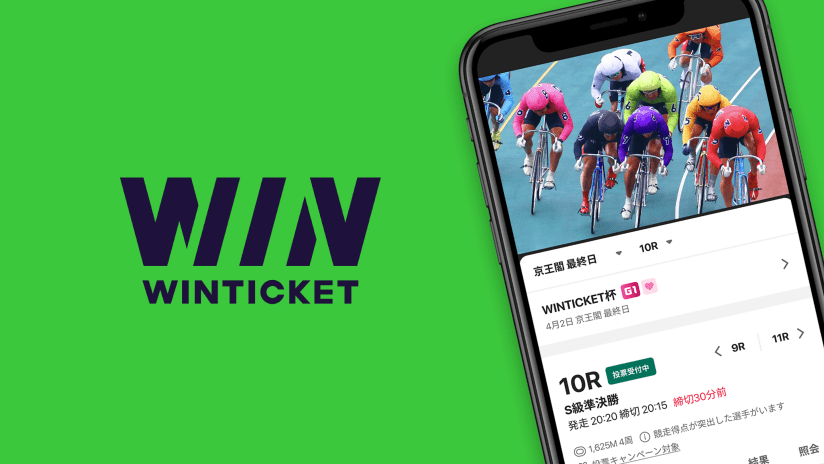 "WinTicket released a teaser of the App and campaign description with celebrity dialogue on YouTube, and the users were given points for public gambling games by downloading the app," says Okayasu. "Through these smartphone-first UI/UX, they were able to gain the support from young people for bicycle racing, an old public gambling game that is traditional and has few young fans. (Annual transaction value of 400 billion yen increased to 700 billion yen)."

In addition, I&S BBDO's digital team points out that many brands have found success with TikTok hashtag challenges. Because of how they're designed, consumers don't feel advertised too and users genuinely enjoy participating in the challenges, thus engaging with the brand as a result.

The uniqueness of Japanese TV culture 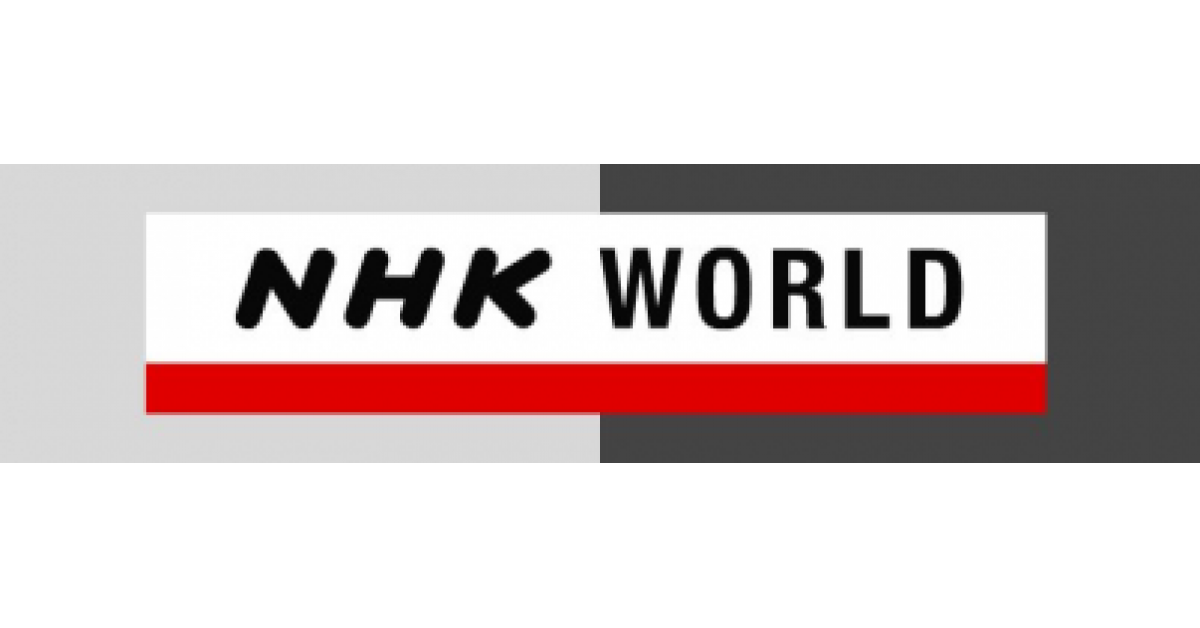 Japan has just one national broadcaster, NHK, and four additional private broadcasters. The private, or commercial stations are the only broadcasters that can run television commercials. The challenge lies with the stations having limited channels, and those stations who have broadcasting rights, have a strong hold on the industry.

Initially the adoption of the digitalisation of TV stations was slow, mainly due to the old-style TV media buying and programming, which was alienating the emerging digital force. However, this is now changing as TV stations, in order to survive as they compete with the subscriber services, have begun digitising themselves.

In the late 2000s, hard disk recorders were popular and commercials were skipped. In the 2010s, subscriber services such as Netflix and HULU were introduced, and TV stations rushed to focus on various internet services.