To help change this narrative, and challenge current protocols, VMLY&R Commerce launched “You-Can’t-Put-Me-Down-Syndrome” a cultural movement in partnership with PADS charity [Positive About Down syndrome – by parents for parents and parents-to-be] to change negative connotations around Down syndrome.

As Shelby McCloud commented on BBC Look North: “I’m the same as everyone – I just take a little longer.”

“He won’t fit in. There’s always adoption. She won’t walk or talk. It’s a life of problems. It’s going to be very hard. She’ll be a burden…”

The start of a new life should be a positive experience. But if your child is diagnosed with Down syndrome, it’s not. Current healthcare protocols mean expectant parents are offered termination in the same conversation as diagnosis.

Nicola Enoch, Chief Executive of Down Syndrome UK and PADS observed: “There's a lot of negativity and ignorance around Down syndrome. We believe the arrival of every baby should be celebrated, every parent given the best possible support, every child given the opportunity to flourish and thrive. So, there’s an urgent need to rewrite the narrative, challenge current protocols from a place of experience and absolute understanding.  This movement is having a great impact. I’m delighted.”

To capture the full lives of young people from this community and timed to launch into the power of October’s Down Syndrome Awareness Month, the agency’s photographic campaign features fourteen portraits of fourteen remarkable people. 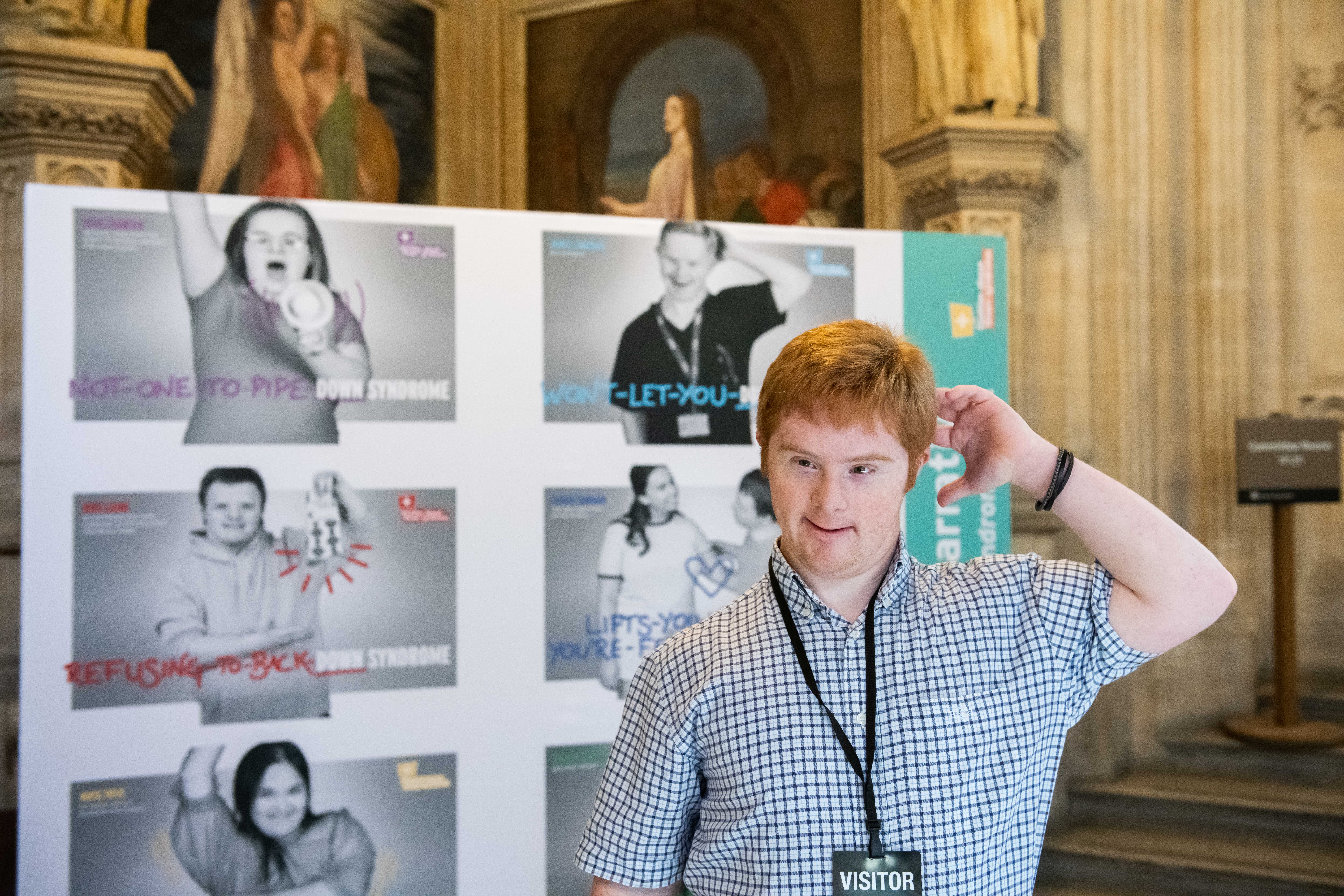 The connected campaign featured on multimedia platforms across social, Sky News, Sky Sports, print, digital, out of home at Toni & Guy hair salon and David Lloyd gyms. In partnership with WPP media agency Mindshare, the powerful message has convinced UK media owners to donate a substantial amount of media value to spread the positivity message to the UK public.

This wave of optimism has taken the campaign right where it’s needed most – the halls of the Houses of Parliament. Home to MPs, lords and policy makers, it is the place where Nicola and the thirteen young voices could directly challenge the policy that expectant parents of babies with Down syndrome are presented with the choice to terminate.

The You-Can’t-Put-Me-Down Syndrome exhibition persuaded MPs and parliamentarians to support the pledge: “I support the demand to end the current practice that medical practitioners offer an expectant parent their options including terminating, based purely on a diagnosis of Down syndrome.”

Over 60 parliamentarians including Ian Duncan-Smith MP, Dame Meg Hillier MP, and Gareth Williamson MP signed the pledge with support from Prime Minister Rishi Sunak, who met team PADS moments into his new role. All this during one of the most turbulent weeks in Parliamentary history. 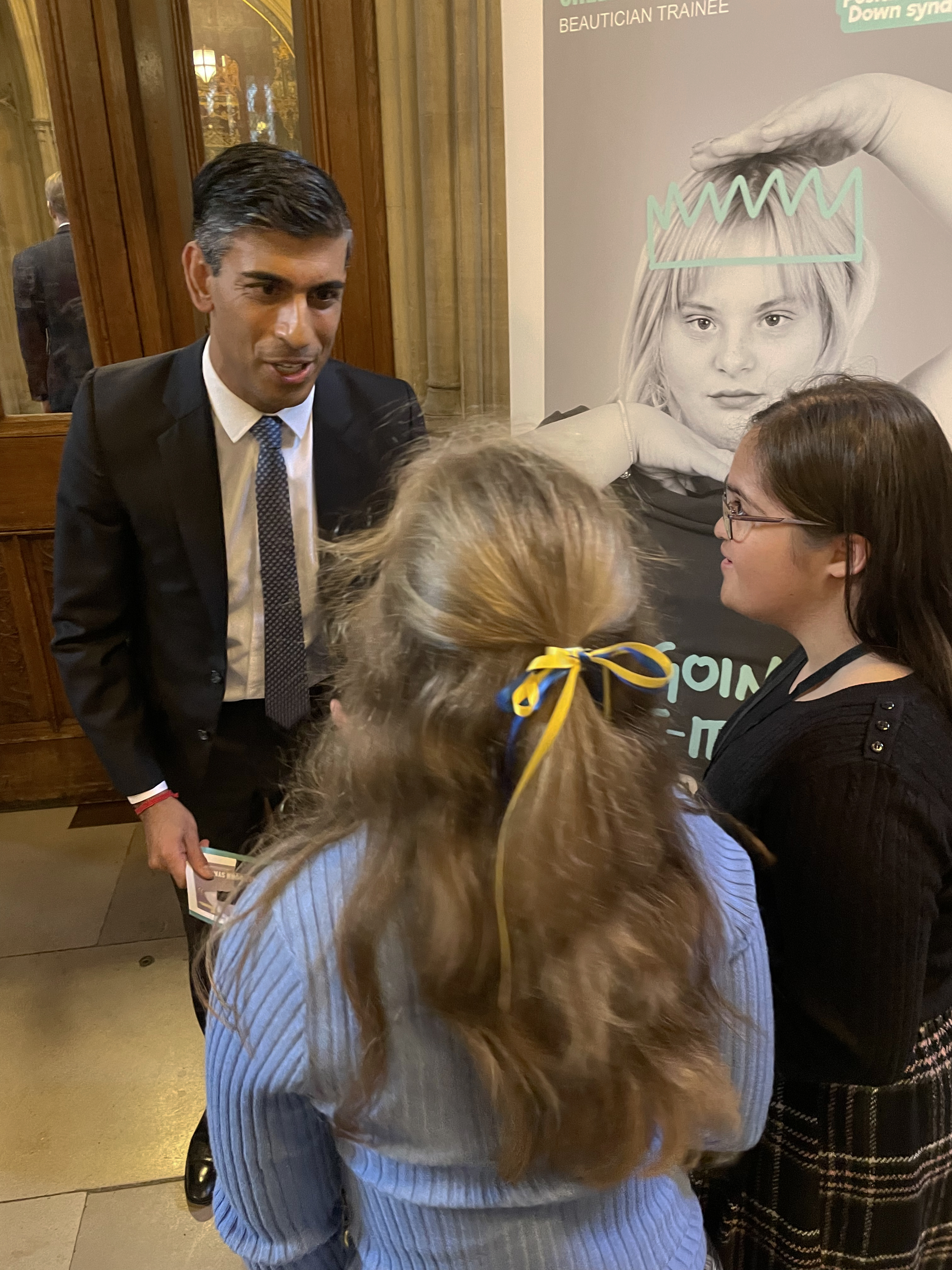 The social campaign landed a hugely positive response from across the entire Down syndrome UK community, with tens of thousands of visits to its website.

Partnering with Mindshare, over 30 million impressions have been registered across Sky Sports, Sky News and Metro websites. The campaign featured on BBC News and Metro cover.

Wave two of the movement sees VMLY&R Commerce partner with PADS in pursuit of further pledges from policy makers to change healthcare protocols. The campaign will feature many more stories from the Down syndrome community brought to life to create the change.

Comments Etty Flynn, Creative Lead, VMLY&R Commerce, “We could not be prouder to be partnering with PADS to help change the down Syndrome narrative. The community doesn’t see itself as challenged, nor should anyone else. It’s an incredible collaboration across the industry. We’re on our way.”