What doesn’t work on a video campaign can be just as important as what does.

Beer brand Corona buddied up with VidMob to get granular insights into which creative content elements worked best in its digital video campaign, to attempt guaranteed engagement on social media.

Back in 2020, Corona’s production studios created a collection of inspirational campaign content linked to its brand ethos. It shared eight stories of brave individuals who swapped office jobs for adventurous outdoor lives in an eight-part series called Free Range Humans.

Once the content had been created, Corona wanted to take a data-based approach to increase social media interaction with these stories. It was keen to maximise environment-specific impact and aimed to gain deep knowledge of exactly what worked for Facebook and YouTube — and what didn’t.

In 2021, a year after the original campaign ran, Corona approached VidMob, whose Creative

Intelligence platform allowed the brand to conduct granular analysis of past performance and produce precise insights around which particular content elements fuelled the best results.

Consumers are no longer prepared to accept interruptive ads on social media and have started demanding genuine entertainment, shifting their attention and spending elsewhere when brand efforts aren’t up to scratch. Well aware of this change in attitude, Corona had already moved with the tide by focusing on generating unique owned content.

But the big question was: what to do next?

Positioning its brand as a champion for pursuing new discoveries and breaking routines, Corona wanted to make sure it got the most out of its video assets. It wanted to amplify exposure for its existing Free Range Humans content across digital channels.

While eager to develop and test different hypotheses for social success, its efforts had to be based on comprehensive intelligence and assessed against defined measures of audience interest.

Given the discerning expectations of modern audiences, pushing out the exact same campaign episode snippets to multiple channels wasn’t an option. Authenticity is crucial in social media spaces, so to stand the strongest chance of positive reception, Corona had to get a fuller picture of creative performance. This involved determining which elements should be leveraged to ensure the right fit for target segments on both Facebook and YouTube. Faced with this challenge, Corona combined its internal agency team with VidMob’s analytics.

VidMob’s platform allowed Corona to embark on a granular analysis of the content’s past performance, using artificial intelligence (AI) and machine learning to quickly identify what worked, what didn’t, and why.

The advanced analytics identified which aspects of Corona’s videos were responsible for each asset’s performance – good or bad.

Corona used the data to determine which combinations of creative elements were likely to drive high awareness on Facebook and YouTube, and adjusted the videos accordingly. Using VidMob’s platform, Corona was able to consistently track view-through rates (VTRs) to gauge effectiveness and guide in-flight tweaks for greater impact.

In-depth analysis of the assets drawn from the original Corona series revealed that many small factors were driving big performance differences. Findings included higher engagement for videos featuring group settings. Although contrary to common assumptions, this didn’t extend to typical social elements such as music.

In fact, ads with only music fared worse than those using voice overs.

Scene pacing of the videos was another creative element analysed. Compared to the original creatives, the new optimised assets performed better. Facebook ads experienced a 21% improvement in the first three-second VTRs when faster pacing was used, whereas YouTube ads saw a 141% increase for the same metric with slower pacing being used. Rather than opening the ads with attention-grabbing tracks, Corona’s agency decided to trial overlaid audio of tales told directly by adventurers, leaning towards female speakers.

Running in parallel with a ‘control’ creative made with non-optimised assets, the final campaign results proved the power of data-driven creative. Set against the control ads, the optimised ads fuelled 21% higher three-second VTRs on Facebook, while YouTube gains reached viewing levels of plus 141%. 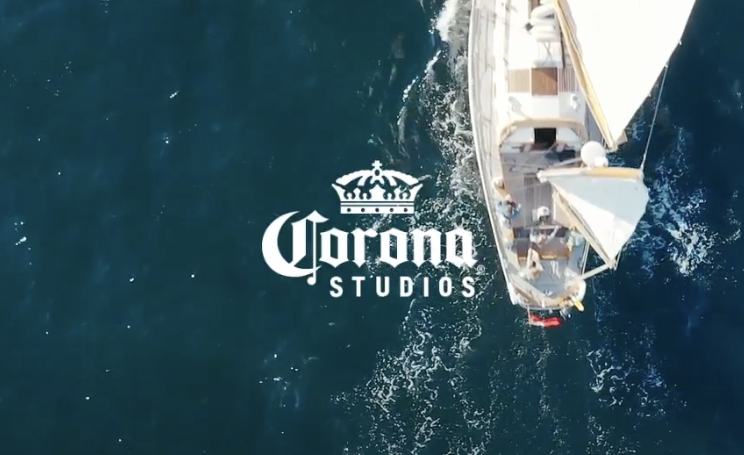